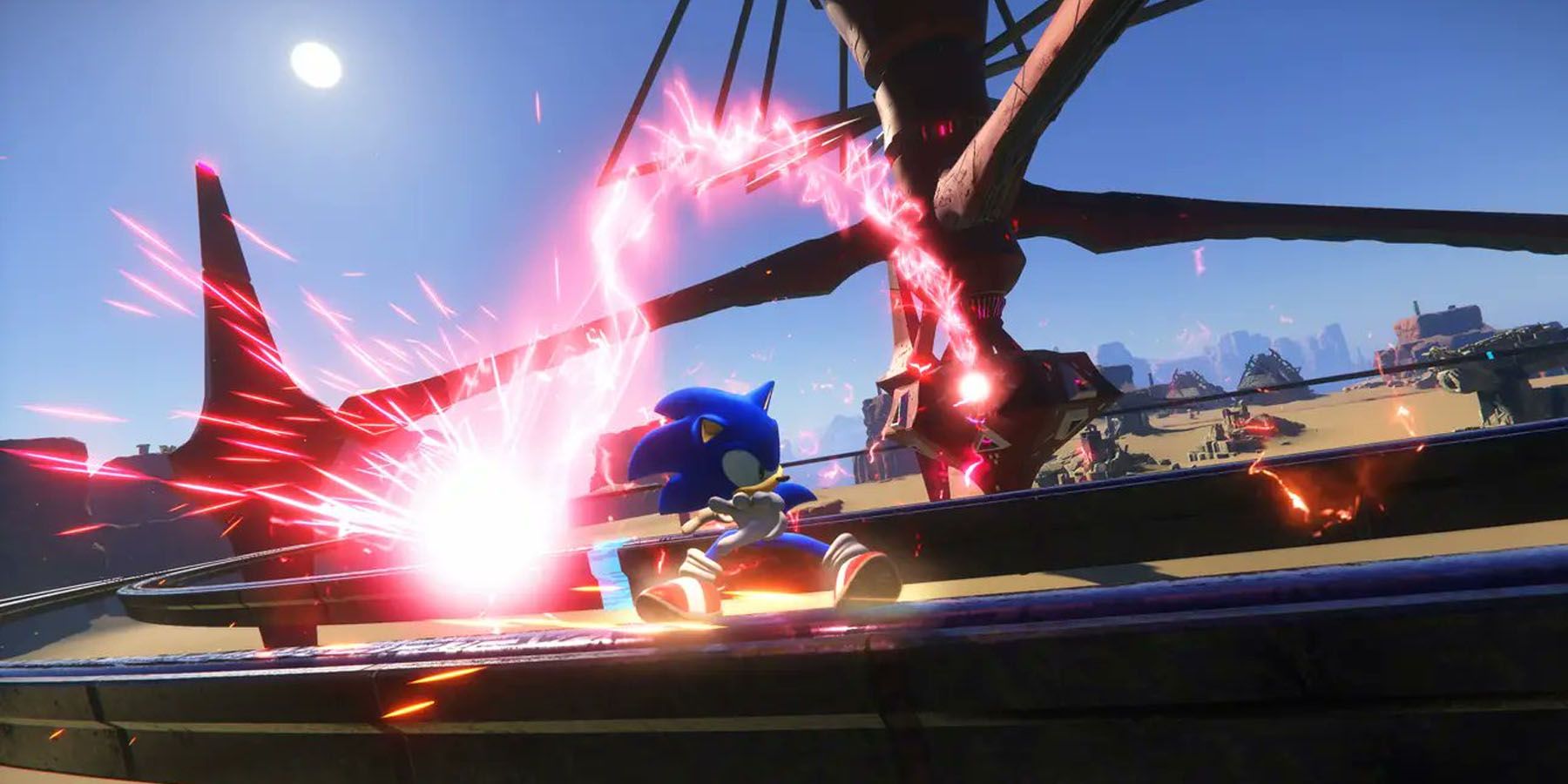 With Sonic Frontiers‘ immiment launch in early November, a preview video showcases not only the game’s diverse combat system, but also some of the boss fights that will be featured. Near the end of October, fans have been getting a variety of preview videos and screenshots from a variety of sources that showcased the game’s many features. Many YouTubers, media outlets, and other notable figures got a chance to play the game for an extended amount of time, which saw videos of the Starfall Islands and even an extended look at Sonic Frontiers‘ fishing minigame.

Some of these videos were focused on other elements of Sonic Frontiers, such as the cyberspace levels, open-world exploration, and combat. A preview video from a Korean YouTube Channel known as RuliWeb also showcased the game’s variety of activities. The video opens up with some very pretty looking environmental pans of the islands, including Kronos Island and Chaos Island during the night and day. This preview would then show off the variety of enemies and bosses that can be fought, along with Sonic’s diverse combat abilities.

The first enemy shown in the video is a robotic bird-like enemy, where Sonic can parry its laser attacks right back at it to stun it. Players can also swing up onto the enemy and then bring it to the ground with a stomp attack. The video also shows a fight with an improved Tower enemy from Kronos Island, where Sonic can use his trick system to get some air time and dodge the attacks. Sonic’s movelist in Frontiers is also greatly emphasized during this battle, where players can chain together a variety of attacks to deal tons of damage, all in a quick and flashy manner.

Other fights on Chaos Island were also showcased, with one against the Shinobi enemy demonstrating a number of Sonic’s moves that haven’t been formally revealed from the Skill Tree yet, and another focusing on an unknown miniboss that can fling Sonic straight into the air. From there, Sonic has to dive back to the ground, avoiding spiked-balls and other obstacles to land a solid hit and continue the fight against it.

The last few fights of this preview video take place on Sonic Frontiers‘ Ares Island, with one fight against a towering enemy that requires Sonic to grind on some rails before it opens up the core. One of the last fights shown in the video is against an enemy that generates a tornado, with Sonic needing to fly around it while being carried by the storm and attacking its weak point from a completely new perspective.