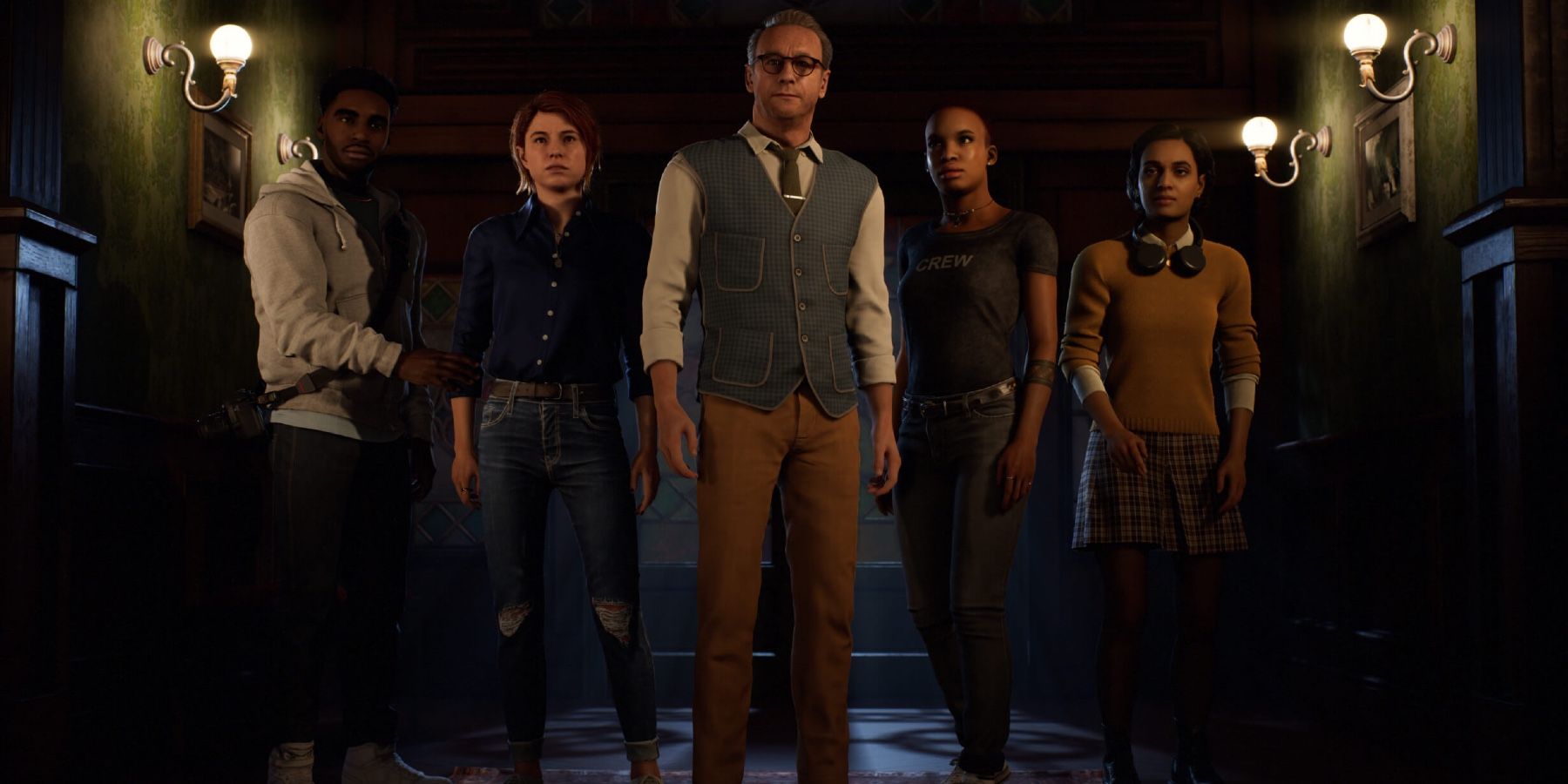 The newest title in Supermassive Games’ ongoing anthology horror series, The Dark Pictures: The Devil in Me will feature what publisher Bandai Namco is calling a “Halloween serial killer” villain. This marks a pivot for The Dark Pictures series as it grounds the story in more realism, whereas previous games have leant into the possibility of supernatural forces at the root of the horrific events on display.

Since the first reveal of The Devil in Me, the tone of the game has stood out from its predecessors. Still horrific, certainly, but deriving that terror from the psychological horror and torture that could be committed by a real person. The nefarious goings-on in the fist two games, that players are led to believe are supernatural in origin, are eventually revealed to have more mundane sources. And the most recent entry goes fully in on the supernatural elements. But trailers and information released on The Devil in Me have focused on a deadly, booby-trapped building and a psychotic killer at the core of the story.

RELATED: The Dark Pictures: The Devil in Me Gets New Story Trailer

With a new trailer released today that focuses more on the antagonist, fans are left with slightly more information, but likely more questions. Referring to the villain as a “Halloween serial killer” in the title, the video invites audiences to speculate along with the characters as they try to figure out the killer’s motivation and identity. Clips see the protagonists – a group of documentary film-makers – desperately discussing how to figure him out and expose his weaknesses. One character says that figuring out the killer by “playing detective” is the only way they’ll survive the deadly building that’s decked out like something from the iconic Saw movie franchise.

Fans are also given a look at the events from the killer’s perspective. The repeating image of a solid wall of monitors and several shots of the characters being observed on security cameras give the impression of a calculating and prepared villain who’s always watching. Throughout the trailer, someone, presumably the killer, can be seen pressing buttons and pulling levers as they manipulate events behind the scenes. Audiences also see and hear more of the villain than in previous trailers, always hidden in shadow wearing a distinctive hat. The trailer closes with the chilling line, “Put me deeper than anyone else, cover the ground with more cement cause, trust me, being dead ain’t enough to stop me from killing again.”

This turn away from overtly supernatural forces to horrors that could theoretically be enacted by a real person, may very well be the injection The Dark Pictures Anthology needs. Even though it wasn’t actually part of the franchise, Until Dawn has always cast a shadow over the series. More realistic horror often has the ability to get inside audiences on a more terrifying and primal level, so this pivot may be just what’s needed.

With The Devil in Me release date not far off, fans will soon know if it’s enough. And if the developers don’t quite get it right, it looks like they’ll have several more chances, as more Dark Pictures games are already on the way.

MORE: More Games Need To Follow The Example of The Quarry’s Co-op