Rick and Morty is one of the best things to happen in animation in recent years, perhaps due to how unique it is, however, for this Halloween fans of the show might be inclined to give Justin Roiland’s The Paloni Show! Halloween Special! a chance.

That is because as one half of the Rick and Morty formula, Roiland manages to bring part of the series charm to this incredibly strange Halloween feature that’s supposed to serve as a showcase for some up-and-coming animators spanning across very distinct art styles. Beneath it all, The Paloni Show! also has a more traditional Halloween horror story that follows siblings Leroy, Reggie and Cheruce plus, as a bonus, it also boasts the last performance of comedy great Gilbert Gottfried.

Not Everyone’s Cup Of Tea

It goes without saying that since The Paloni Show! contains 13 different animated shorts, it’d be rare for anyone to love all of them, especially given their range is pretty wide both in terms of animation and type of humor. In that sense, the Halloween special acts very much like a night’s worth of trick or treating, as the sheer variety and unpredictability mean the spoils of war are exactly like a bag of assorted candy, filled with plenty of favorites but also some duds.

What each viewer considers to be visual a Reese’s cup or candy corn comes down to individual preference, yet the Paloni’s biggest win for the night is that their own adventure could pass as some unsightly piece of interdimensional cable programming that Rick and Morty, or Summer and Jerry, are zapping through. The same goes for the bizarre shorts the Paloni brothers introduce throughout the night, as they only keep getting weirder as time rolls by.

That said, The Paloni Show! does have a funny main story for the group, and the added comedic relief provided by characters like Little Long Legs is some of the best stuff this Halloween special has to offer, mainly for Rick and Morty fans. Let’s not forget that for all boldness, Rick and Morty technically doesn’t have a proper Halloween episode, save for this season’s blend of horror sci-fi inspired by Jordan Peele’s Us, which proved to be quite the hit with audiences.

There is one thing missing in The Paloni Show!, Rick and Morty’s usual go-to trick of relying on plenty of pop culture references to move the plot forward, because although there are nods here and there, they certainly are not as obvious. The Dana Carver killer with a Dana Carvey face is just one example, the same goes for the Texas Chainsaw Massacre spoof Rubber Face, but they feel more like homages rather than the main driver for each short.

Simply put, The Paloni Show! finds its horror roots in the more gory and gruesome animation style that can gross out plenty of folks, meaning it’s more of a niche watch for either fans of that or Roiland himself, but the good thing is that it’s perfectly enjoyable without paying full attention to some shorts.

Having said all that, The Paloni Show!’s biggest weakness is also its main strength as the politically incorrect jokes, outright icky skits in some cases, and the way it sees the kids presenting the special completely flounder is exactly what makes it funny in the first place. The entire premise for the night is that the Palonis are way above their heads to take on a horror gig such as this one for Hulu, and they do a great job at mocking each other for their failures.

It’s hard to describe any of the shorts without spoiling anything due to how brief they are, but with a voice cast that includes prominent names such as Zack Hadel, Macaulay Culkin, Pamela Adlon, Olivia DeLaurentis, Jon Glaser, and David Foley, each segment has all the tools it needs to be enjoyable, provided it’s the type of entertainment one is looking for. Gottfried’s “The Destron” is particularly funny as the late comedian’s voice suits the story perfectly, whereas something like “Slaughter Cafe” might prove to be a tad too much for many.

Rick and Morty has a claymation Halloween special releasing this weekend, a style that present here thanks to Lee Hardcastle’s own “An Alien Halloween Claymation”, so anyone that likes either one of those will probably enjoy the other. Nevertheless, rotoscoping techniques are also employed in Joel Haver’s “Rightbehindyouton” to great effect, so again, variety is the special’s biggest virtue.

Overall, The Paloni Show! Halloween Special! won’t become a Halloween costume staple anytime soon, it’s more of a curated selection of content for fans of Roiland’s work, but one definitely worth a watch. It’s hard to think of a better short to close it off than “Slashtronaut”, one that is certainly bound to be a hit among those who love a good slasher movie. 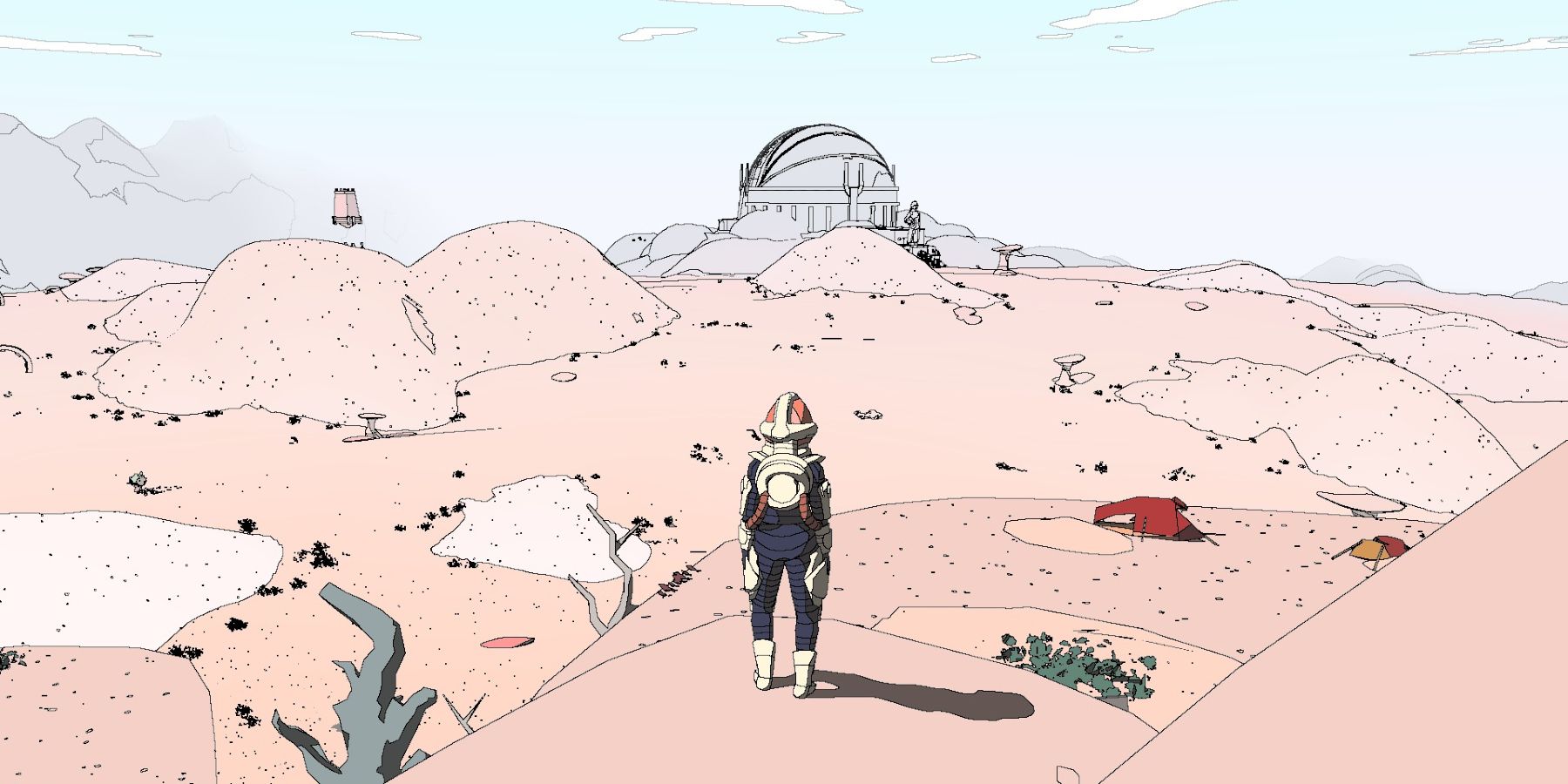