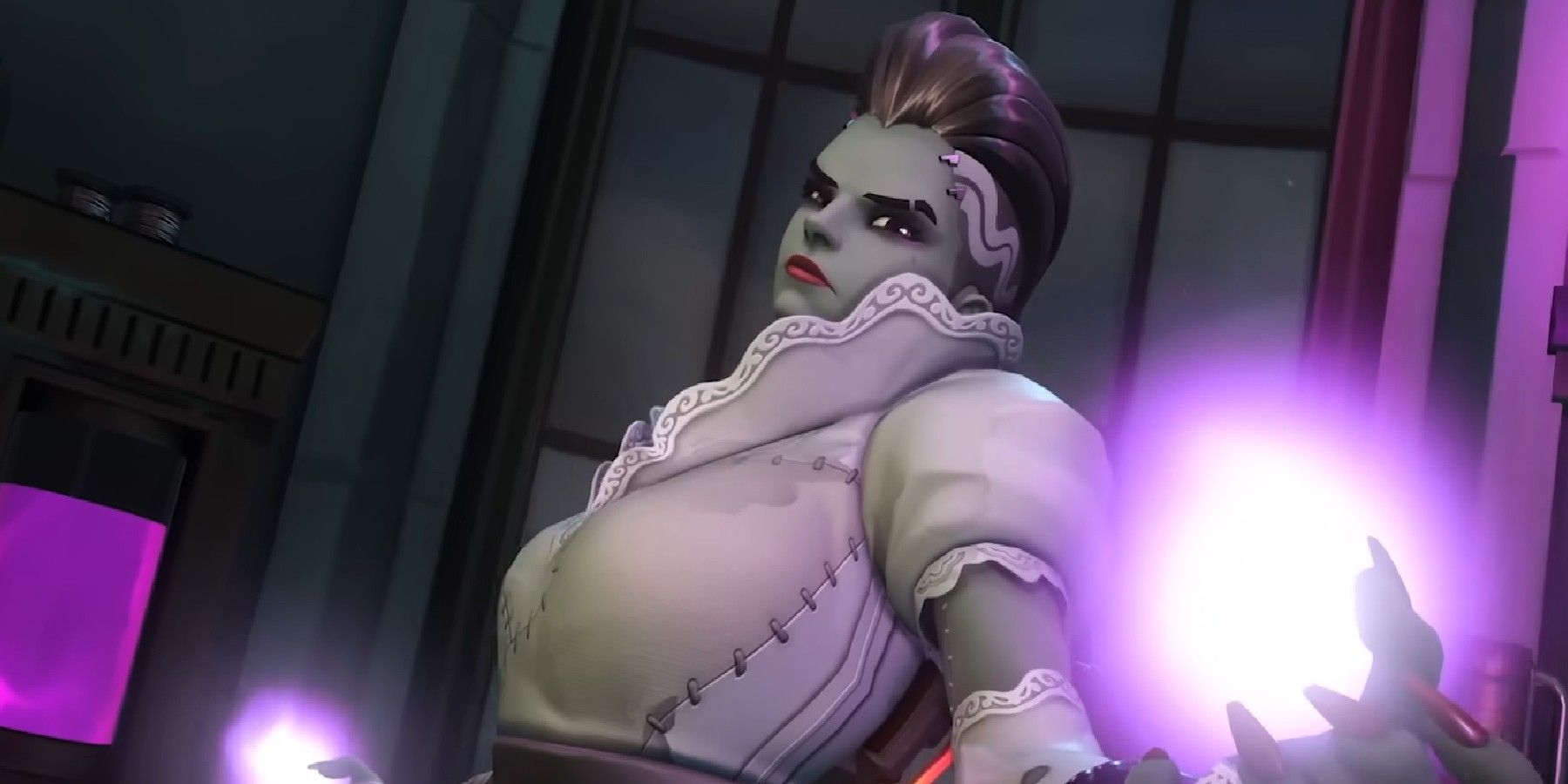 Activision Blizzard brings the Halloween Terror from its first hero shooter to Overwatch 2 and has confirmed that the end date is nearly two weeks away. This limited time frame leaves Overwatch 2 fans with just days to play the Junkenstein’s Revenge game mode, acquire Halloween cosmetics, and complete Halloween Terror challenges for various rewards.

Overwatch 2 has confirmed on its main menu that the end date for Halloween Terror is November 8, a mere 13 days away. Halloween Terror began on October 25 and although some Overwatch 2 players are unhappy with skin prices, there are free rewards for fans to progress towards by playing during the event or watching Twitch streams. Overwatch 2 players will be able to acquire the Legendary Cursed Captain for Reaper and a Sombra player icon simply by playing the game during Halloween Terror, while the Werewolf Winston skin and spray are available to fans that watch hours of their favorite Twitch streamers.

Coinciding with the Overwatch 2 screen confirming the duration of Halloween Terror, the Overwatch Twitter account has also shared a clip showing various Overwatch heroes in their Halloween outfits alongside the November 8 conclusion announcement. These skins have been offered in previous years of Overwatch or, like the Junker Queen Executioner, are up for grabs for the first time this year in the shop. Other shop skins that are in the current rotation include Dr. Junkenstein and his monster, Slasher 76, Banshee Moira, Witch Kiriko, Bride Sombra, Warlock Ashe, Mummy Ana, Van Helsing Cassidy, and more.

When Does the Overwatch 2 Halloween Event End?

Although Overwatch 2 players are able to acquire Overwatch Coins through gameplay, so many coins are required for the Halloween Terror skins that grinding for the necessary currency won’t be possible. Given that this is the first event to roll out under Overwatch 2‘s free-to-play model, it may give fans an idea of what to expect from future holidays like Summer Games, Lunar New Year, and Winter Wonderland from duration to skin prices. While Overwatch 2 players now know when Halloween Terror will conclude, it’s currently unclear if Winter Wonderland will be the next event like usual or if another one will fall in the middle as Season 1 continues.

As some Overwatch 2 players praised the arrival of Halloween Terror from the original game, others have lamented that they can’t acquire random cosmetics through loot boxes with how pricey some shop items are. The addition of the Overwatch 2 Halloween Terror update has caused some gameplay-related glitches for some players, while others are already defeating the several bosses of Junkenstein’s Revenge: Wrath of the Bride.

MORE: Overwatch 2 Needs To Provide an Update on PvE Soon