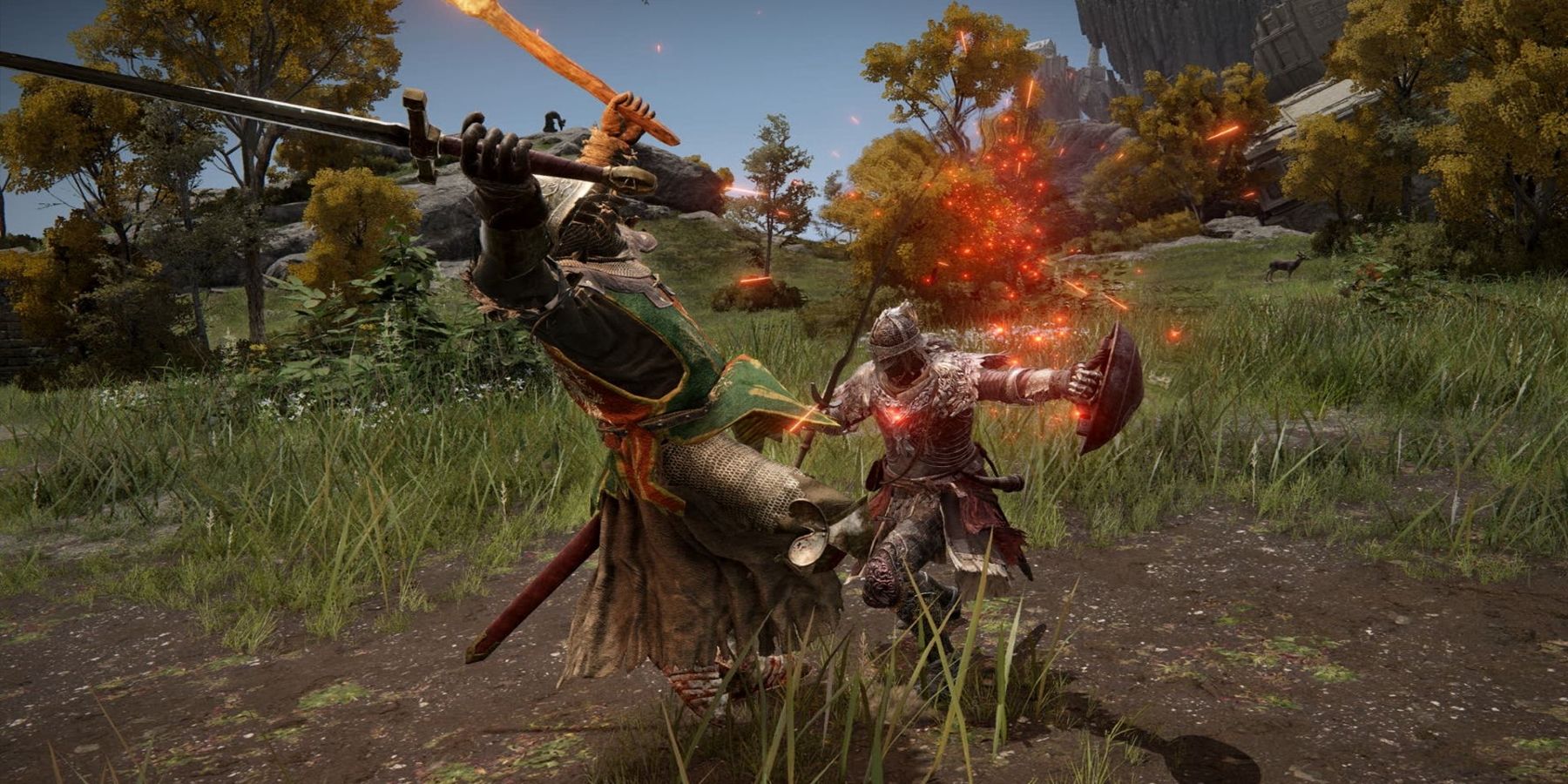 An Elden Ring player was thoroughly Vigor checked when a perfectly timed parry saw their seemingly endless onslaught come to a sudden close. PVP in Elden Ring has undergone significant changes in recent months, with a recent patch breathing new life into the competitive scene which has been hindered by a variety of issues since launch.

Elden Ring patch 1.07 was released last week and brought some of the most impactful updates to the game seen yet. Alongside a comprehensive number of improvements to sorcery, incantations, and skills, scaling for PVP and PVE was separated, meaning that single-player and multiplayer balance is now independent. It is a system that Soulsborne veterans have been requesting for over a decade, and it paves the way for Elden Ring PVP to become much more about skill, rather than pursuing whatever has been determined to be meta. The PVP community takes great pleasure in manifesting methods to counter these players who drain the fun out of invasions, but nothing is more satisfying than sheer skill bringing them down.

In a video uploaded by u/shadi07, a host boasting a full set of Bull-Goat armor and equipped with the Moonveil Katana is seen running from their invader. They meet at The First Step, the Site of Grace that players are likely to come across upon leaving the opening dungeon and stepping foot into Limgrave. After making use of Carian Retaliation, the host begins attacking wildly, failing to land any substantial hits on the invader. Too trusting in Transient Moonlight, they are then parried by the invader who deals 1989 damage with a subsequent critical hit, annihilating virtually the entirety of the host’s health bar. Casting Greyoll’s Roar in triumph, a fellow invader can be seen in the distance, jumping in celebration.

According to the Elden Ring PVP community, this host was most deserving of their death. The load-out on show was several memes wrapped up in a single host, and the comments delighted in their demise, reveling in the use of a draconic incantation as a victory cry. The Moonveil Katana is an incredibly strong weapon, so much so that it barely has a fault, providing players with a weapon that is swift, deadly, and requires little investment to be effective. Although an unwritten rule, for a while the Moonveil Katana was ostensibly considered banned from duels, believed to be too easily used unfairly, stringing together

Carian Retaliation is another trick often considered to be quite cheap, as players can parry their own spells or consumables and be rewarded with three high damaging floating daggers that track foes. This is less of an impropriety now, however, as it used to be bugged and deal up to 10 times the intended amount of damage, as well as being invisible to enemies. With DLC on the horizon, there is no doubt that Elden Ring players will continue to find broken builds to terrorize players with, but hopefully, they will be easier for FromSoftware to manage.

MORE: Godfrey is Elden Ring at its Most Anime