There is no other media franchise quite like Sam & Max. The crime-solving, world-saving misadventures of the lovable dog in a suit and his excitable lagomorph sidekick first began as a critically acclaimed comic series by Steve Purcell back in the late 80s, eventually branching out into point-and-click adventure games and a short-lived cartoon.

Not the most unusual path for a cartoon duo, but what is unusual is how the video game iterations of Sam & Max have been so consistently good that they’ve become what are probably now the most notable aspects of the entire franchise. Every entry in the Sam & Max series has something to offer fans and newcomers alike. However, there are certain games that shine a tiny bit more than others.

The idea of a point-and-click adventure in VR makes a lot of sense and the idea of a Sam & Max point-and-click adventure in VR definitely got fans excited, but the results were something of a mixed bag. While it is a lot of fun to become one’s own character in the Sam & Max universe, watch them riff with one another, and engage in a semi-wholesome vigilante crusade, the bugs are too plentiful and the controls are too clunky for the game to really click with fans like other iterations always have.

It’s not that this game is truly bad. It’s more that VR is still in its infancy and is going to need some time before it can successfully host an offbeat adventure into the world of these two lovable weirdos. The mini-games are cool, the humor is still there, and so are Sam and Max, so it offers players enough to feel fairly satisfied, but it doesn’t quite meet the incredibly high standards of the other entries.

More than 10 years after the success of Sam & Max Hit the Road, LucasArts was seemingly ready to send fans on another journey into the unusual world of their favorite vigilante cartoon cops with Sam & Max: Freelance Police for the PC when, for reasons still not all that clear, they abruptly decided to pull the plug on the game’s development. The story doesn’t end there though: from the ashes of this inexplicable video game tragedy rose TellTale Games’ Sam & Max Save the World. With many of the same members of the Freelance Police development team on board, a bold new 3D adventure broken into six episodes was born.

Sam & Max Save the World retained all the same irreverent humor and sharp writing of Hit the Road and managed to transition smoothly into three dimensions with some really nice graphics. The graphics have aged a bit, of course, but that’s what remasters are for: Sam & Max Save the World Remastered is now available on Switch, Xbox One, PlayStation. If there were one thing fans might nitpick about this one, it may be the fact that the puzzles don’t present quite as much of a challenge as they had anticipated after Sam & Max Hit the Road. For that small reason, it gets bumped down the list.

Bizarre adventures that blatantly disregard the known laws of reality are an essential characteristic of the Sam & Max franchise and the second season of their 3D adventures on the PC makes that point as clear as humanly possible from the jump. TellTale Games’ Sam & Max Beyond Time And Space is a five episode adventure that starts out with a trip to the North Pole where a gun-toting Santa Claus is fending off a chaos-loving demon, and it only gets weirder from there. Like all the best sequels do, this entry improves upon pretty much everything Sam & Max Save The World did without losing a drop of its original charm. The absurdist humor and silly satire is turned up a number of notches and so is the interactivity; players can spend a remarkably long time just messing around with their surroundings to see what will happen without ever getting bored.

RELATED: The Best TellTale Games According To Metacritic

However, there is a fair amount of retreading areas in order to progress forward (an unfortunately essential characteristic of point-and-click adventures) which can wear on even the most steadfast Sam & Max fan’s patience at times. However, the awesome graphics are unlikely to wear on anyone at all, especially on the new remaster that’s now available for Switch, Xbox One, and PS4. 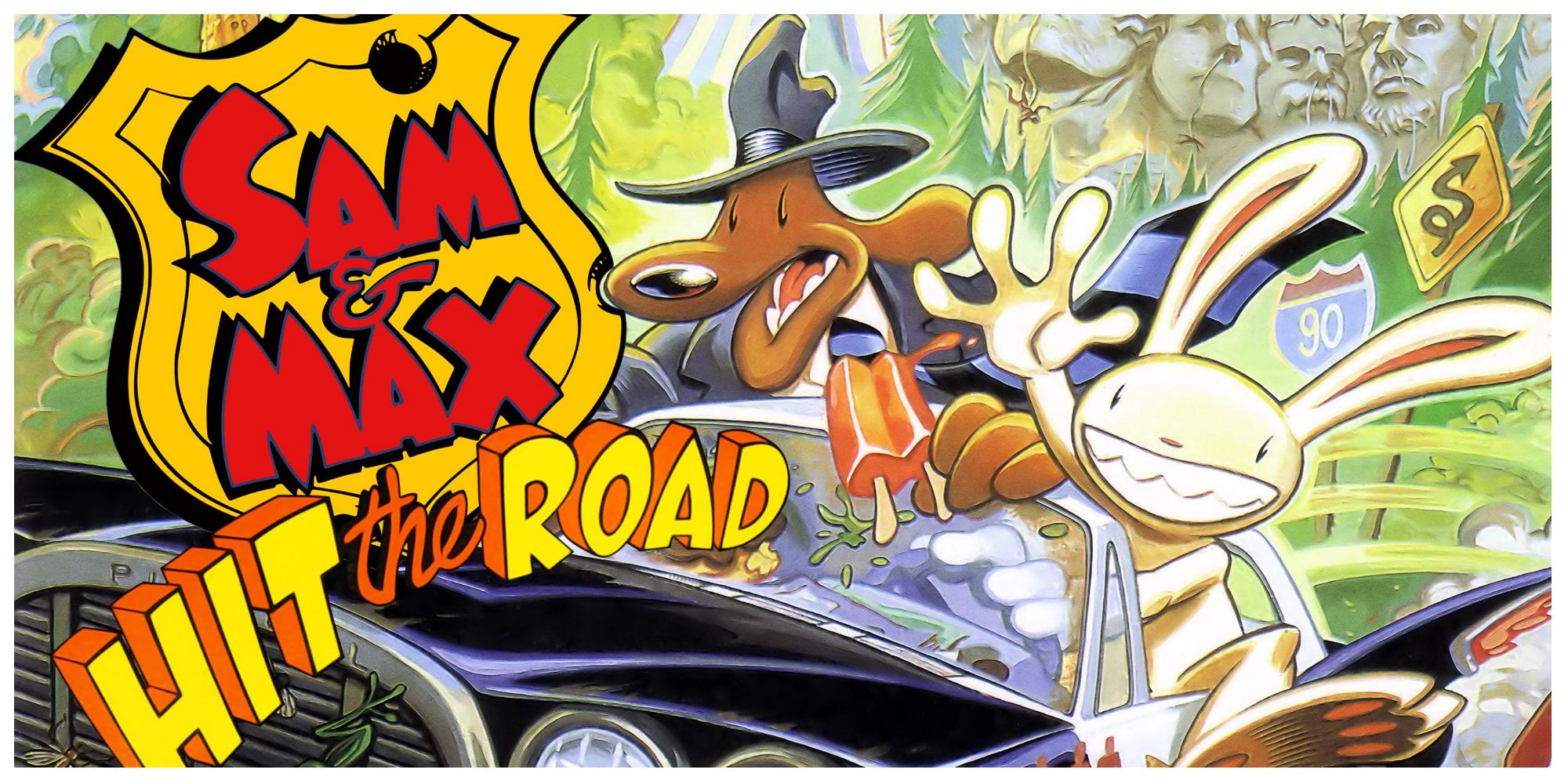 The 90s were the absolute golden age of point-and-click adventures for the PC and LucasArts was the company behind many of them. 1992’s Sam & Max Hit the Road stands among their finest creations and yet it probably never would have happened at all if Steve Purcell himself wasn’t a LucasArts employee at the time. Purcell’s coworkers were fans of his comics and thought Sam and Max might adapt well to a point-and-click adventure. Players and critics alike agreed. Hit the Road sends Sam and Max out on a great American road trip in pursuit of two carnival escapees: an unfrozen Bigfoot named Bruno and his lover, Trixie the Giraffe-Necked Girl from Scranton. From there, a host of madcap adventures ensue.

Sam & Max Hit the Road is still as hilarious and charming today as it was 30 years ago and the stylish cartoon graphics have aged about as well as they possibly could have. It is super tricky at points due to some non-intuitive puzzles, but nothing about this franchise is what you might define as “intuitive” anyway, and for that reason it remains a bulletproof classic that deserves to rank way up among the best entries in the series.

There is a certain darkness somewhere beneath the goofy humor and cartoony designs of Sam & Max, which is probably why it worked so incredibly well when TellTale Games decided to bring the darkness to the surface in their third installment of the 3D Sam & Max series: The Devil’s Playhouse. Framed with a Twilight Zone style black and white narration and involving various forays into the world of the eerie, the uncanny, and the supernatural, The Devil’s Playhouse gives the anthropomorphic crime fighters a turn at lampooning a whole mess of genres. Each of the five episodes gave fans a chance to dive into a new one, from horror to sci-fi to film noir and more.

But in spite of the darker ambiance, the humor is always there. Characters still say things like “bowel-tingling climax” and there are still plenty of great callbacks and trademark cultural references, but the framing of this game brings the franchise to another level. Instead of a somewhat connected collection of episodes, The Devil’s Playhouse is a full-on five-part narrative that even allows players to control Max in earnest for the first time. For those reasons, many fans agree that it’s the best iteration of Sam & Max ever realized.