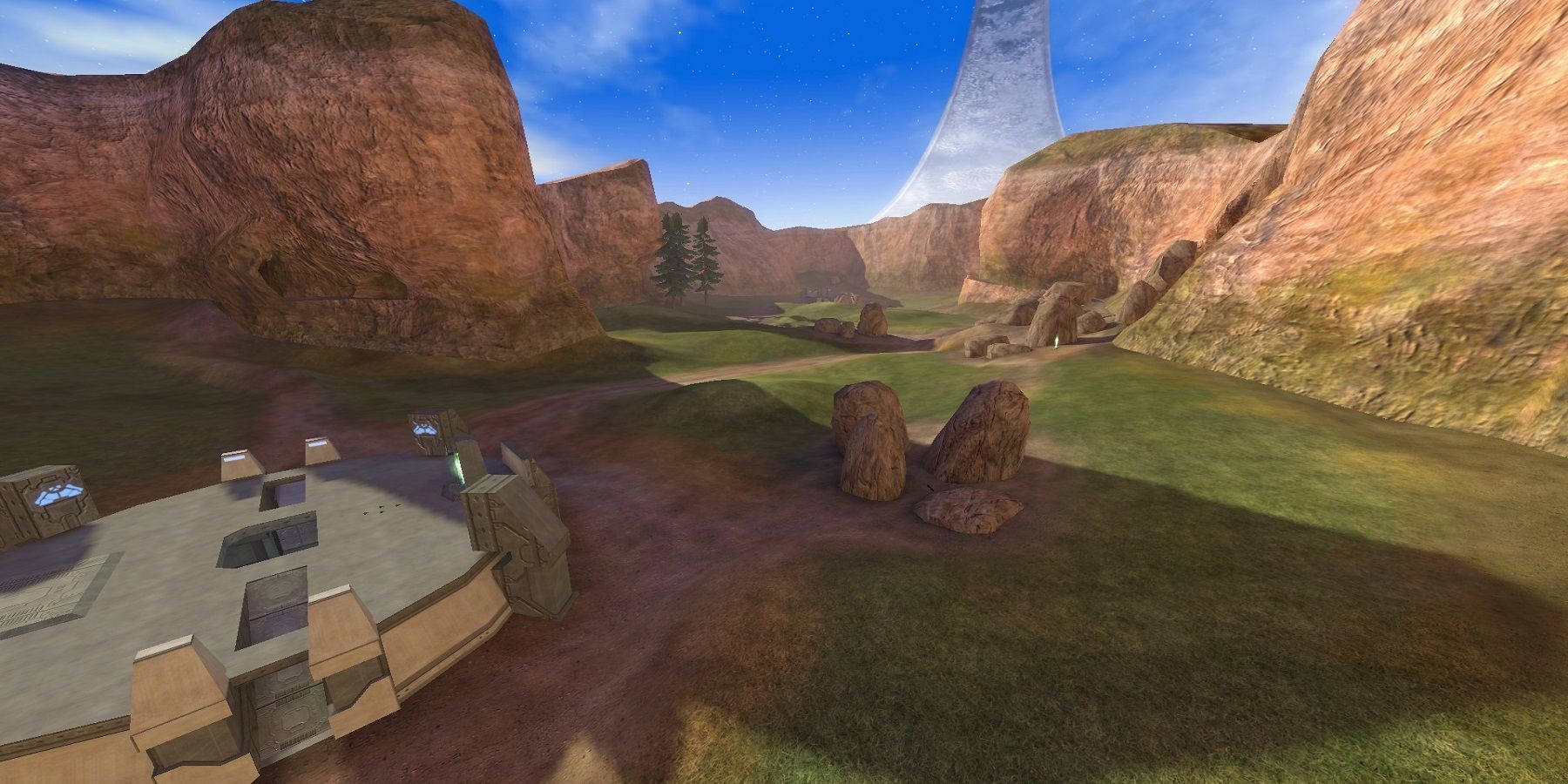 Creative players will always find ways to highlight their love for certain games, and one Halo fan did just this with pins showing off two of their favorite maps from the long-running Xbox series. The player isn’t lacking in choice, either, as series veterans will regularly share their love of the franchise’s multiplayer and their favorite maps from its history, whether it be the beach battles on Zanzibar or close-quarters fights of The Pit. As for the player in question, their pins highlight their love of Halo 2‘s multiplayer, which isn’t lacking in the choice of popular maps within the Halo community.

Halo 2 was released for the original Xbox console in November 2004, roughly three years after the original game was released, and became a massive hit for Microsoft and the Halo series’ original developer, Bungie. While the campaign continued the story of Master Chief and gave players the chance to see the Covenant’s side of the war as The Arbiter, the game’s staying power was seen in its multiplayer thanks to a combination of balanced combat, robust matchmaking, and a roster of maps forcing players to adapt their play-styles. The game was also key in helping lay the foundation of online multiplayer during its formative years on the original Xbox and PlayStation 2.

The aforementioned pins paying tribute to Halo 2 come from Reddit user of_MiceandWomen, who shared their creations on the r/xbox subreddit for all to see. Along with showcasing the pins, they also challenged other users to see if they could pick out which maps the pins were paying tribute to. Many were quick to point out that the maps were Coagulation and Lockout from Halo 2, with most users pointing to the weapon reticles and dual-wielded SMGs as what gave the game away.

Coagulation’s popularity is due, in part, to the map being a reworked version of the map Blood Gulch from Halo: Combat Evolved, widely considered one of the most iconic maps in the franchise’s history. Both maps provide lanes for long-range gunfights, though Coagulation had additional cover added to the map to help players from getting sniped almost immediately. It also saw an additional level added to the map’s two bases, housing a Banshee in each for players to become a terror in the sky.

Lockout, by comparison, was a map that emphasized close- to mid-range gunfights and forced players to close the gap. Players would commonly be seen wielding SMGs and shotguns as they moved from level to level in hopes of scoring either the battle rifle in the map’s tower or the Energy Sword on a walkway underneath the map. The design and popularity among players even led to it being a regular choice in the early days of the Halo professional scene since the size almost guaranteed little downtime.

Halo 2 is available on PC and Xbox.

MORE: 10 Games With The Most Abrupt Endings