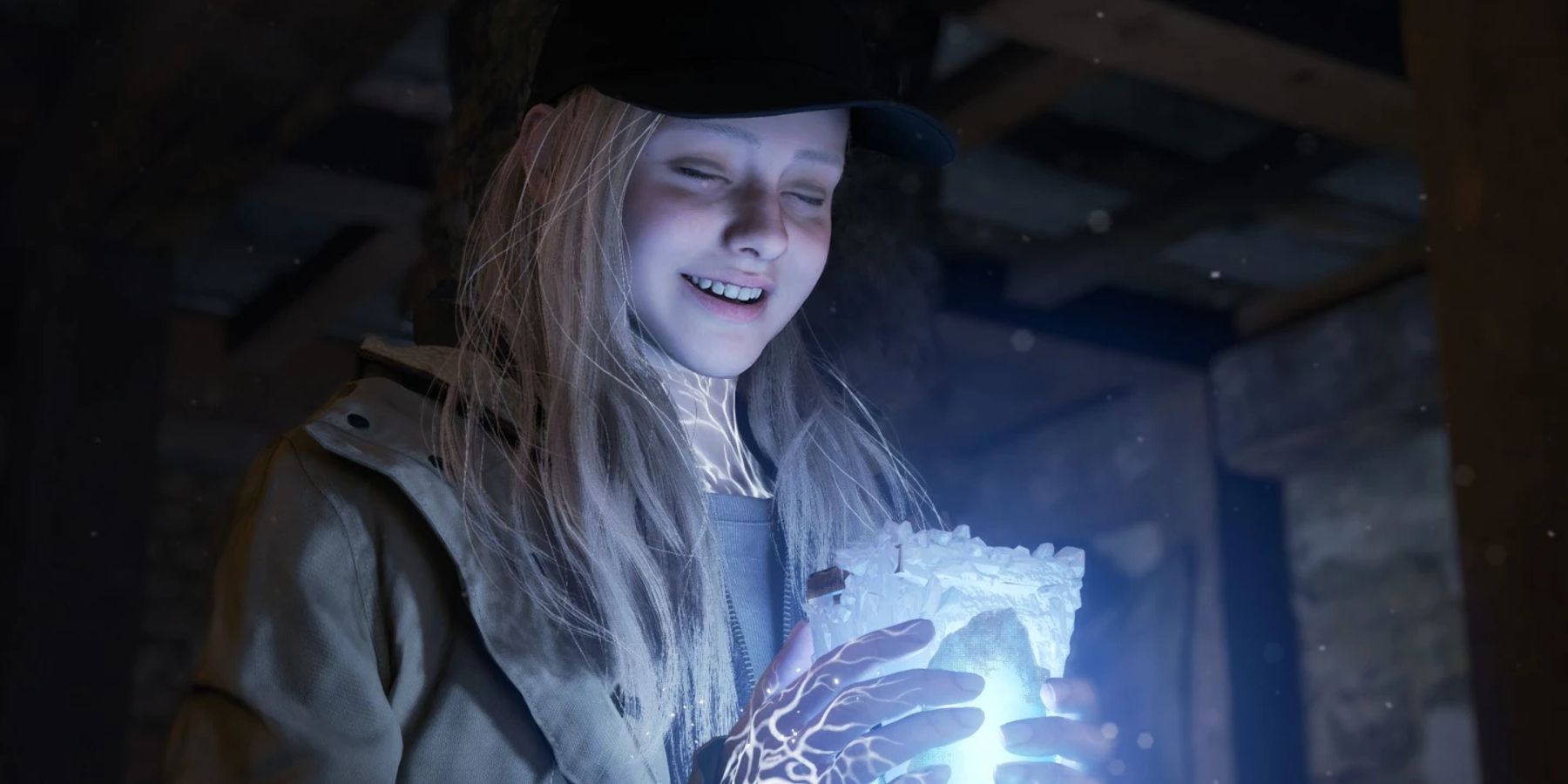 The PlayStation trophies for Resident Evil Village‘s Winters’ Expansion, including the Shadows of Rose DLC have leaked online ahead of the expansion’s release. It has now been nearly a year and a half since the launch of Resident Evil Village and Capcom is finally delivering the expansion fans have been waiting for. Shadows of Rose delivers the story continuation players wanted since finishing the original game, and these trophies will offer a first glimpse of what awaits.

The upcoming Winters’ Expansion isn’t solely the Shadows of Rose DLC, however, and the leaked trophy list captures that. In addition to the Shadows of Rose DLC, there’s also third-person mode and Mercenaries Additional Orders. There are no third-person trophies, so Resident Evil Village players won’t have to play it if they don’t want to. As such, the remaining trophies will focus on the Additional Orders part of the new expansion.

As for the two Additional Orders trophies, it doesn’t look like they’ll be particularly complicated to acquire. The two trophies are for completing each of the new Additional Orders, the Bloody Village and the Bloody River. No specific rank is required, like the base game’s Legendary Cowboy trophy that required all 8 Mercenaries stages to be finished with an S rank. There’s also no mention of the new characters being added for Mercenaries, so feel free to choose Lady Dimitrescu as much as possible.

There are bound to be some disappointed Resident Evil fans who were hoping that the Winters’ Expansion would have a new, challenging Platinum trophy to acquire. Instead, there are only seven trophies and mostly all very simple. Completing Shadows of Rose on Hardcore difficulty will still be challenging, but for trophy hunters that appreciate trophies that can task players with unique tasks there’s little to look forward to.

It’s possible that Capcom simplified the trophies for Resident Evil Village‘s Winters’ Expansion due to the number of players that weren’t able to complete the base game’s Platinum trophy. The Mercenaries trophies in particular block progress, especially because they required S-rank completion. Alternatively, Capcom may have rushed the trophies, ready to move on to other priorities. Regardless, the Winters’ Expansion for Resident Evil Village arrives on October 28.