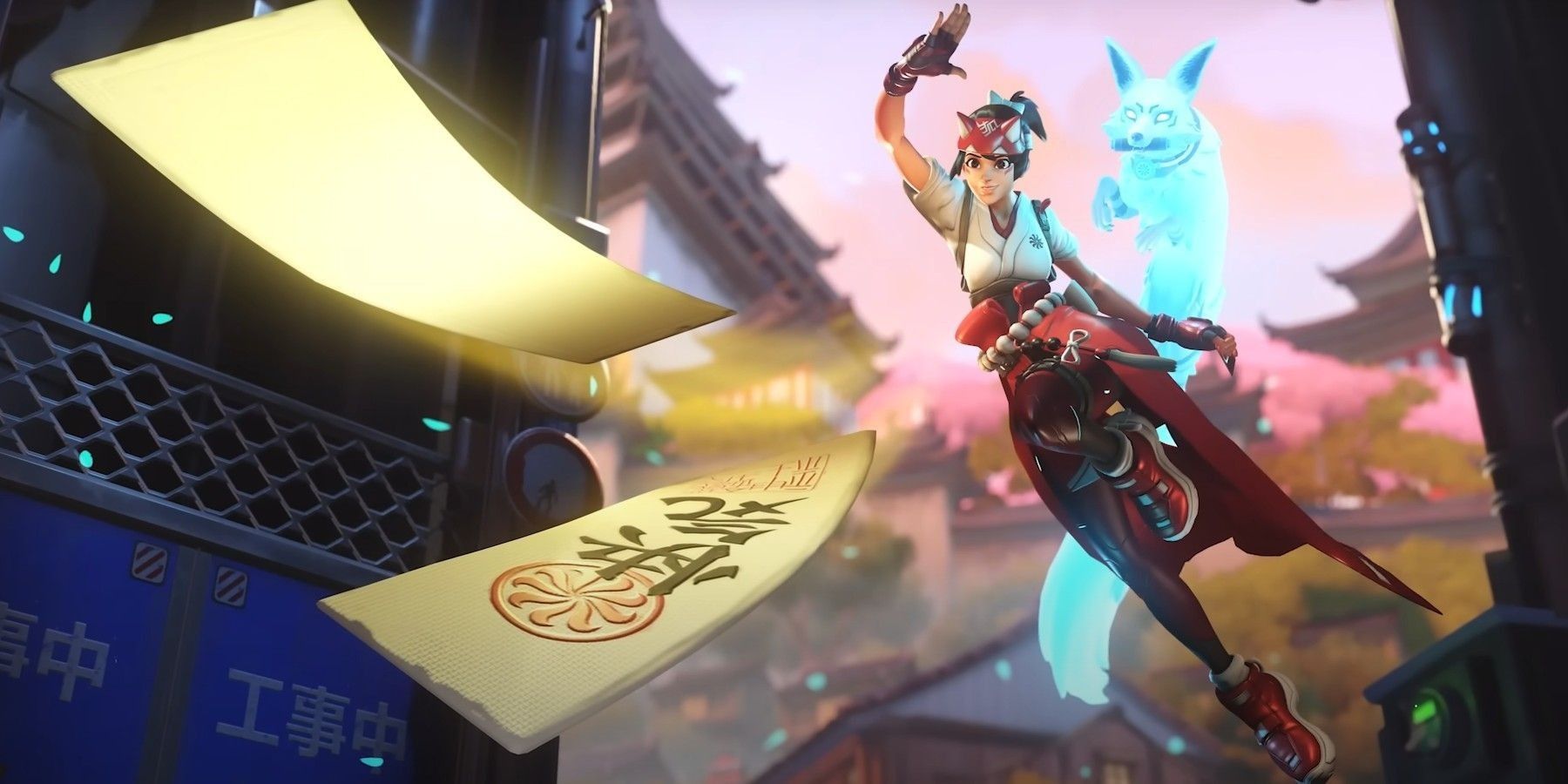 An Overwatch 2 player has offered suggestions for changes to the game’s UI that could drastically improve the gameplay experience for players in support roles. Taking cues from other competitive multiplayer games like the free-to-play shooter Paladins, the changes could benefit both experienced support players and new players intimidated to take on the crucial role in the team-based shooter.

Overwatch 2 is the free-to-play follow-up to Activision Blizzard’s massively successful 2016 hero shooter Overwatch. Players in Overwatch 2 can compete in a variety of different team-based multiplayer modes online, with each selectable hero fulfilling a different role on the team. These roles include classic gaming archetypes like tanks, support, and DPS characters, with each bringing a unique skill set to the table. Support heroes like the kitsune-wielding Overwatch 2 ninja Kiriko are responsible for healing other heroes and providing buffs to their damage abilities, making the presence of a skilled player in a support role vital to a team’s success in the fast-paced shooter.

In a post on the Overwatch subreddit, Reddit user DisciplineHead7005 posted a mock-up screenshot of their proposed changes to the Overwatch 2 UI designed to help make support characters more effective in battle. The proposed UI change features a display showing teammates’ health bars in the upper-left corner of the screen, which would make it easier for support players to know at a glance which teammates are in need of help. DisciplineHead7005 notes in their post that a similar system has been shown off for Overwatch 2’s PVE mode, now set to release in 2023, which in theory, could make it easier to implement a similar system in the game’s multiplayer mode.

Responses to the proposed UI changes from Overwatch 2 fans in the comments were generally supportive of the idea, with some commenters noting that they found a similar system in the free-to-play shooter Paladins to be extremely helpful for support players. Other commenters noted that adding the ability for all players to see their teammates’ health, rather than limiting the proposed change to support roles, could help improve situational awareness and combat effectiveness for everyone on the team regardless of role. While many players liked the idea of adding such a system to Overwatch 2, other players expressed skepticism that Blizzard would ever implement it, given its historic reluctance to take player feedback into account when updating their titles.

A well-played support character can make the difference between victory and defeat in Overwatch 2, as seen in one recent clip where a gamer playing as the Haitian medic Baptiste protected his teammates from a truly massive amount of damage, and this proposed UI change could help make support players even more valuable. While Blizzard may not choose to implement such a system for the game’s multiplayer mode, the Overwatch 2 fan community will no doubt continue to come up with creative ideas like this for making the game they love even better.