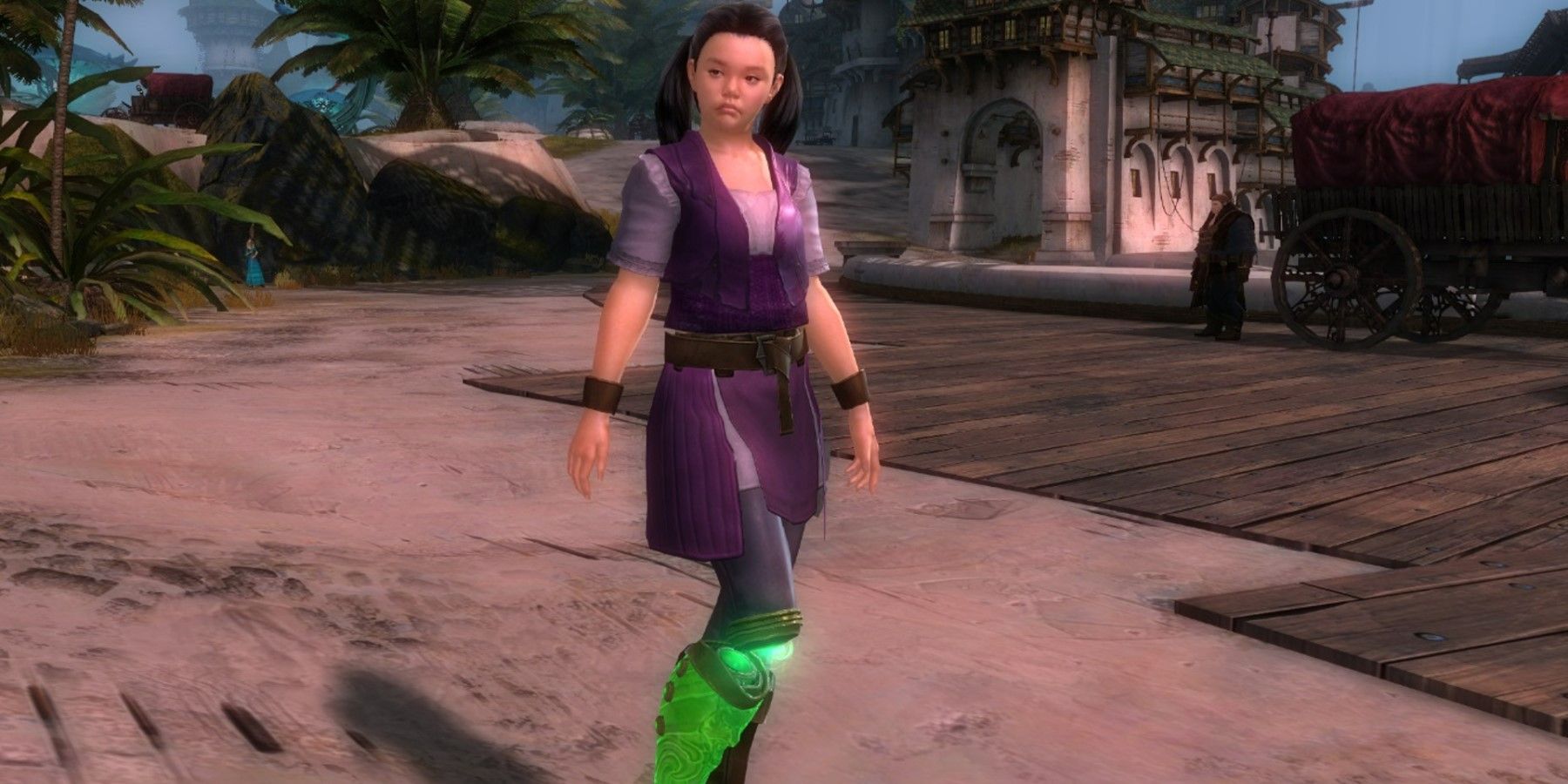 Guild Wars 2 just revealed an awesome new NPC coming to the MMO for its Extra Life Game Day event. The star of this year’s Game Day event in Guild Wars 2 will be April, an NPC hand-crafted by a real-life champion associated with the Children’s Miracle Network.

April Arellano is a 10-year-old girl who has faced deathly illnesses and has come out on top every time. Conquering pneumonia, septic shock, and gangrene, April beat overwhelming odds and survived nonetheless, and was named as one of the CMN National Champions for 2022. An avid singer, dancer, and gamer, April’s indomitable spirit is making the jump to the digital world thanks to ArenaNet and the Children’s Miracle Network.

In Guild Wars 2, April is the Mesmer Wunderkind, an ambitious and adept mesmer and trickster. Guild Wars 2 worked closely with April and her parents to design the perfect rendition of the young hero in game, and the result is as adorable as it is inspiring. April is even sporting a cutting-edge Jade tech prosthetic, similar to the arm of Zhou Yao, a major character from End of Dragons.

This year marks the sixth year Guild Wars 2 is doing a charity event for Extra Life. Since it first began, ArenaNet has raised over $500,000 for the Children’s Miracle Network. This year’s event will have tons of in- and out-of-game events planned, including Twitch Drops and, of course, April the Mesmer Wunderkind. Their Extra Life Game Day event will be a 24-hour stream starting on November 4 at noon PST.

Fan response to Guild Wars 2’s newest NPC is overwhelmingly positive and wholesome. April’s story is inspirational, and players can’t wait to meet her likeness in game to see what shenanigans she gets up to. Many fans hope Guild Wars 2 makes April the first of many such characters and would love to see similar inspiring NPCs populate the game in future Extra Life Game Day events.

Guild Wars 2 players are also enamored with April the Wunderkind’s awesome Jade prosthetic. Many players have wanted similar cosmetics for their characters ever since Yao was introduced during End of Dragons. Many players hope Guild Wars 2 uses this opportunity to offer Jade prosthetic arms and legs as character customizations–doubly so if the proceeds from the cash shop purchases are donated to the Children’s Miracle Network. Hopefully, ArenaNet can make these incredible, inclusive customization options available for everyone eventually.

Players interested in donating to Guild Wars 2’s Extra Life campaign can do so here.

Guild Wars 2 is available for PC.

MORE: 5 Games That Let You Role-Play As A Scribe