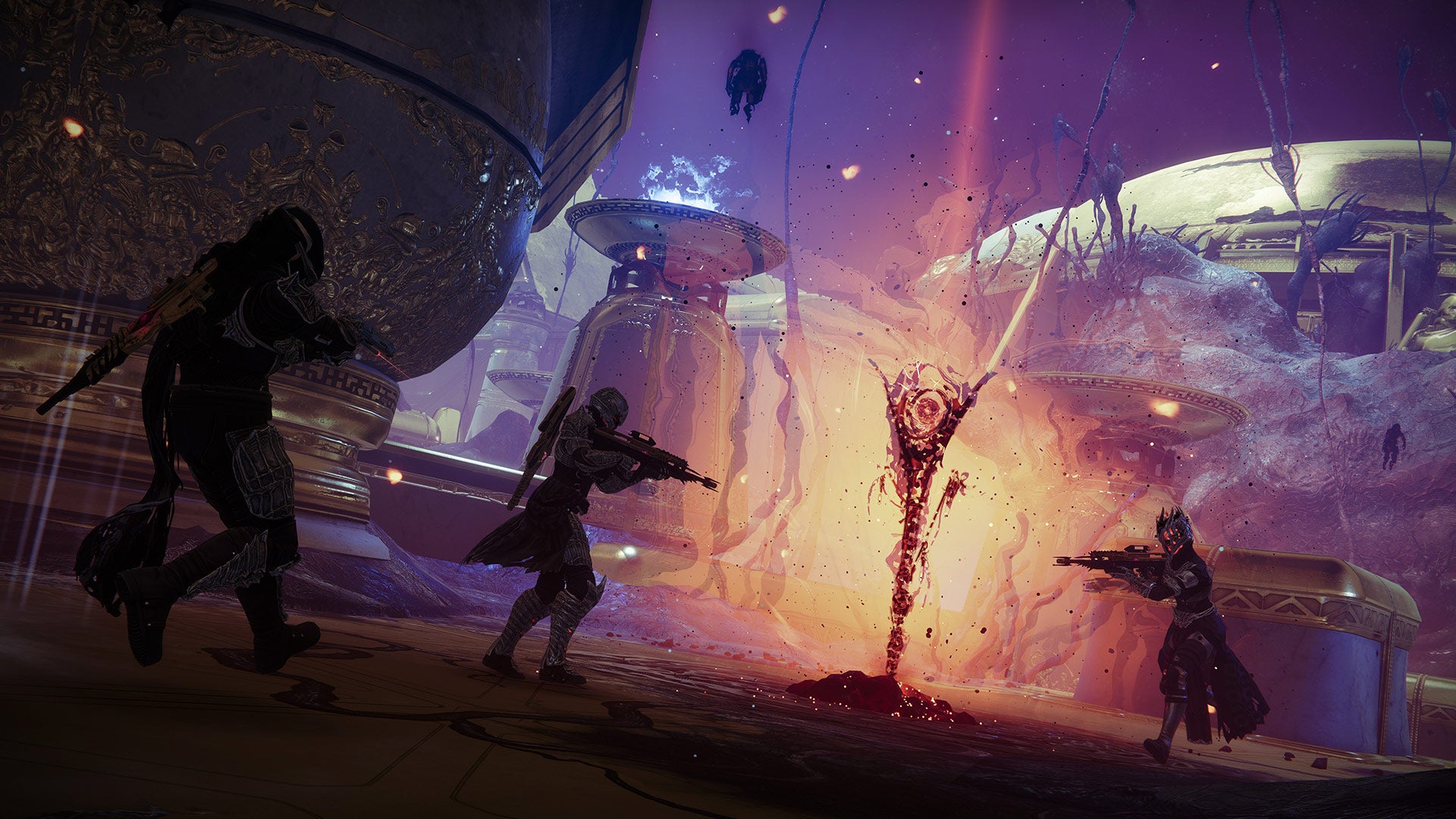 Destiny 2 fans that feel like the game is missing a certain chug-jug flair might be happy to learn that some Fortnite crossover skins have leaked online.

While both Destiny and Fornite are both shooters, in general their tone is quite different, with one obviously meant to be taken a bit more seriously than the other. So when you hear ‘Fortnite x Destiny 2 skins,’ you might rightly think ‘oh no, are they putting a giant banana man in Destiny,’ but as shown by dataminer Ginsor, the skins actually fit the bill pretty well.

This weekend, Ginsor posted a tweet showing a screenshot of three skins that will be coming to Destiny 2 at some point in the future, showing what looks to be a Titan, Warlock, and Hunter donning some new cosmetics, inspired by the Black Knight, Drift, and Omega skins in Fortnite.

Because all that was found so far were these three skins, it isn’t clear how the collaboration might expand beyond that, or if any kind of Destiny 2 cosmetics will appear in Fortnite in return.

A showcase is set for tomorrow (August 23) that will show off the future of Destiny 2, providing details on Season 18, the Arc 3.0 subclass update, and more as-of-yet unannounced plans.

While we don’t know if anything Destiny related will come to Fortnite any time soon, there is one current crossover that’ll have you rockin’ the dragon. Skins for Goku, Vegeta, Bulma, and the deadliest cat-god around Beerus are now available in the battle royale, including some other fun activities too.

The event is running until August 30, and has a number of cosmetics to collect, including the Shenron Glider. Similar to the Spider-Man web swinging mechanic, there’s a unique move that’s been added to the game – the famous Kamehameha, which for some reason Vegeta can also do, which is just plain wrong.