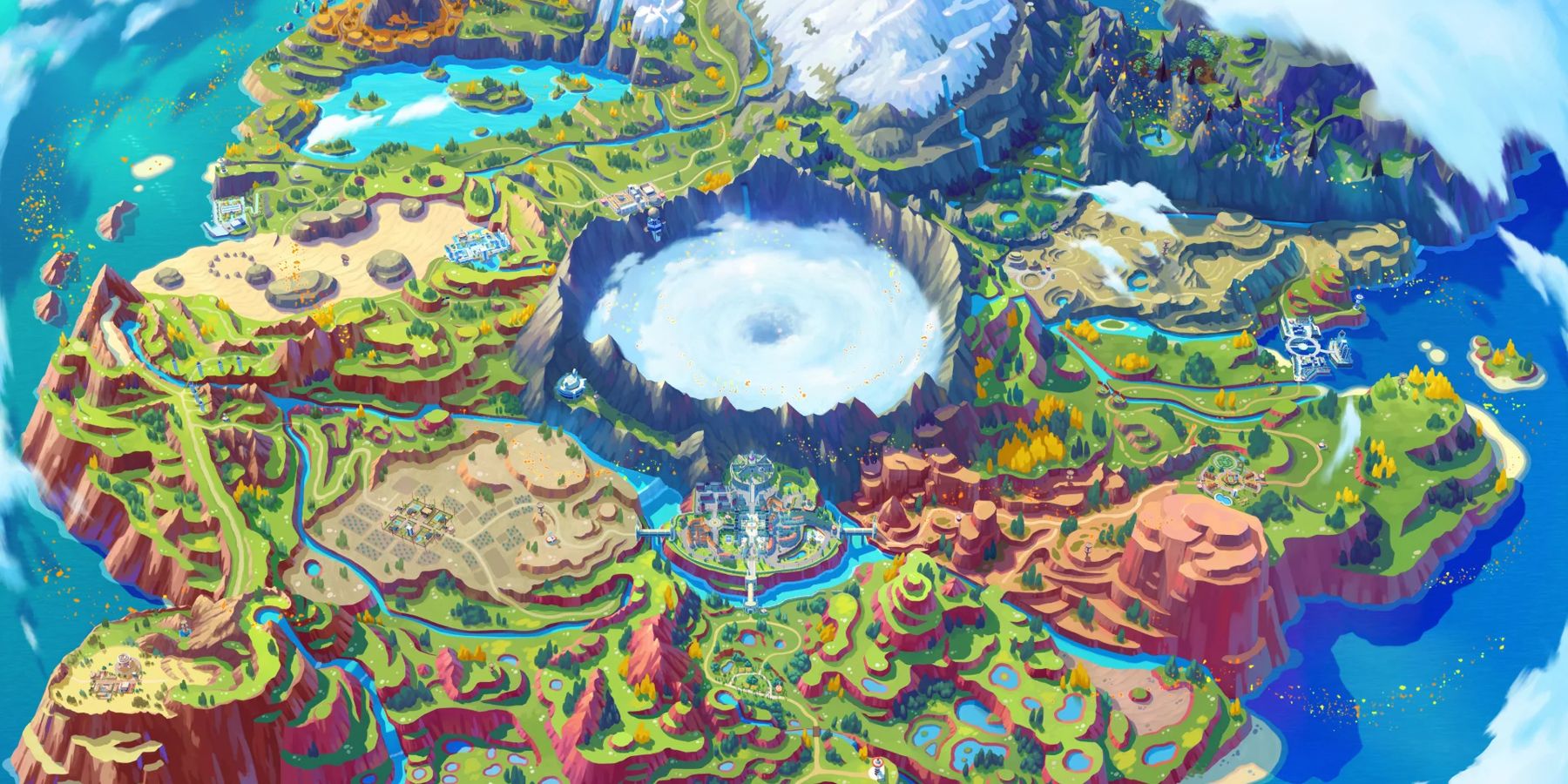 A Pokemon Scarlet and Violet leak claims that the new games will feature the opportunity for players to earn 18 total badges. Badges have historically been some of Pokemon‘s most significant rewards, charting players’ path through each game on their way to Victory Road. That’s no different in Pokemon Scarlet and Violet, which has its own series of gyms to conquer. But there are more ways to earn badges than just gyms in Pokemon.

As has been previously announced by Nintendo and Game Freak, Pokemon Scarlet and Violet will have three major story paths. These paths are Victory Road, which is the traditional Pokemon gym path, and two unique paths named The Path of Legends and Starfall Street. Having multiple paths allows Pokemon Scarlet and Violet to fully embrace their open-world nature, so players can journey in many directions and find unique experiences no matter their choice.

Pokemon leaks Twitter account CentroLeaks shared the news that Pokemon Scarlet and Violet will possibly allow players to earn 18 total badges in their journey across Paldea. That includes 8 gym badges, earned on the Victory Road path, with the remaining 10 split between Path of Legends and Starfall Street. It’s also specifically clarified that gym badges are not the same thing as general badges, though that may not fully make sense until the games are available.

While the 10 Path of Legends and Starfall Street badges wouldn’t explicitly be gym badges, per se, they would still involve big Pokemon fights. For example, CentroLeaks says that Pokemon Scarlet and Violet players will earn badges when defeating Team Star bosses. Team Star is, of course, a villain faction in Pokemon Scarlet and Violet akin to Team Rocket or other parallel bad-guy teams. The Path of Legends, on the other hand, will involve huge Titan Pokemon fights.

Pokemon Scarlet and Violet players will have three stories to complete. One to become Paldea’s Pokemon Champion, another to defeat the delinquents of Team Star, and the third involving the collection of Herba Mystica to help create healthy recipes for Pokemon. Players will be rewarded with badges along all three paths, earning 18 total if they complete the full game’s story.

While the demand for more Pokemon story is questionable, as it’s never been the franchise’s biggest strength, more content is absolutely in players’ best interest. Rewarding players with badges is also a great idea, as Pokemon fans have loved collecting badges for years. If it all comes together to create a special and unique Pokemon experience, Scarlet and Violet could be particularly memorable.