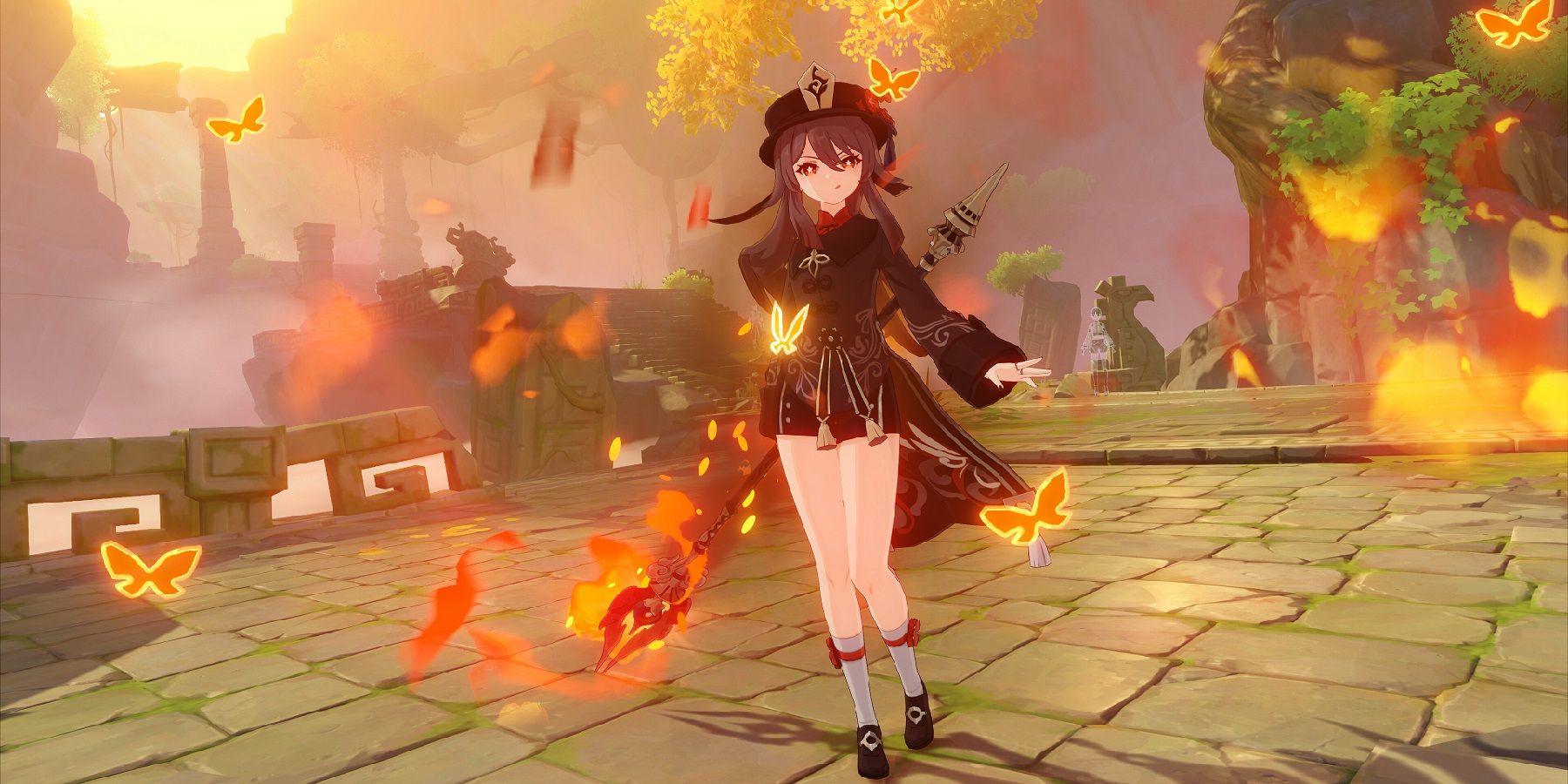 Some members of the Genshin Impact community are celebrating Halloween in advance since one dedicated 3D modeler created a stunning Hu Tao figure ahead of the holiday. Hu Tao is among the most popular Genshin Impact characters and a devastatingly powerful Pyro Vision bearer that uses ghosts to her advantage.

A skilled 3D modeler named Eggsy designed a highly detailed “Little Witch Hu Tao” figure to celebrate the Halloween season. Pyro character Hu Tao is joined by her faithful ghost companion, which is often seen in her idle animations and Elemental Burst attack in Genshin Impact. Instead of wearing her Wangsheng Funeral Parlor attire, Hu Tao is dressed as a witch with a signature broomstick to fly on. The figure accurately captures her quirky personality which contrasts with her occupation as Liyue Harbor’s funeral ceremony director.

Alongside the ghost companion, Halloween-themed pumpkin slime monsters accompany Hu Tao. To complete the entire design, Hu Tao and her slime monsters stand in front of a Teyvat-style tombstone and an orange butterfly. Eggsy’s Hu Tao figure is one of a kind, but eager fans may download a 3D print schematic of the figure by joining the creator’s Patreon. Eggsy showcased the completed version of the Hu Tao figure with a 360-degree rotating stand.

Hu Tao is the 77th director of the Wangsheng Funeral Parlor, a job that deals with death and grief on a recurring basis in Liyue. However, Genshin Impact’s Hu Tao is able to flawlessly carry out a person’s last rites in the world of Teyvat in order to preserve the balance between life and death. Although Genshin Impact doesn’t appear to celebrate Halloween in the traditional sense, many of the holiday’s themes appear to be second nature for Hu Tao’s line of work.

Eggsy’s Little Witch Hu Tao figure pays tribute to the character by appealing to a holiday she may enjoy if it were to exist in the world of Genshin Impact. At the same time, the figure appears authentic with a high level of detail that dedicated fans come to expect. The Hu Tao figure is perfect for 3D printing enthusiasts that play Genshin Impact and want an impressive collectible to display with their setup.

Genshin Impact is available now for Android, iOS, PC, PlayStation 4, and PlayStation 5. A Nintendo Switch version is in development with no confirmed release date.