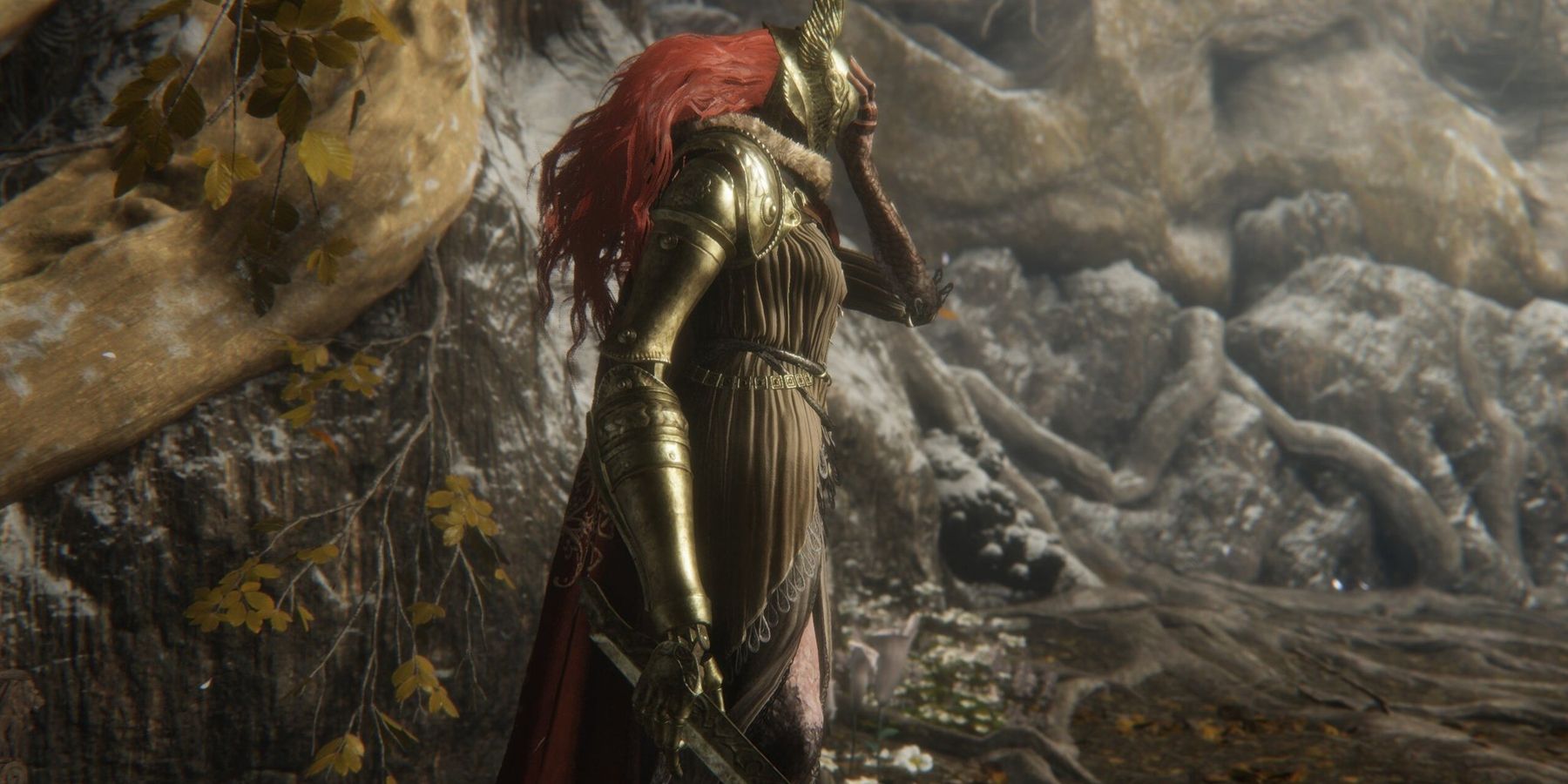 Elden Ring fans recently discovered an interesting detail about Malenia’s Greaves. Malenia is the game’s most iconic character and most challenging opponent, arguably making her the game’s secret final boss. Many players have fallen to her blade, while the famous Elden Ring player Let Me Solo Her made his name for his remarkable ability to defeat this mighty foe with stunning reliability.

Elden Ring players that manage to overcome Malenia’s devastating attacks can get her unique Armor and Katana from the merchant NPC Enia at Roundtable Hold. The Malenia’s Armor Set includes her Helmet, Armor, Gauntlets, and Greaves, the latter of which appear to be made from her prosthetic legs and feet.

Reddit user Abhorent20 recently made a post appreciating some of the fine detailing on Malenia’s Greaves’ feet. While the golden leg armor is covered in ornate carvings, they drew particular attention to the toenails visible on the items’ model. It’s hard to tell if these details are present in Malenia’s character model in Elden Ring. However, it’s a nice touch that reflects well on From Software’s attention to detail when developing the game. Additionally, as Abhorent20 pointed out, it’s a great piece of storytelling since it demonstrates the effort that Malenia’s brother Miquella put into crafting his sister’s new limbs.

Of course, not everyone on Reddit thought the toenails were quite as wholesome as Abhorent20 seems to think it was. “The level of detail of Miyazaki’s foot fetish is mind blowing,” said one user, parodying how Abhorent20 phrased their original post. Several more commenters joined in making similar jokes about Elden Ring director Hidetaka Miyazaki’s supposed appreciation for feet, which has been a running joke since at least Dark Souls 3. Others poked fun at the length of Malenia’s toes, comparing them to fingers or a monkey’s feet.

For anyone who isn’t up on the lore behind Elden Ring’s demigoddess Malenia, she was born afflicted by the Scarlet Rot, which still covers much of her left arm, face, and torso. Players can see this clearly during the second stage of Malenia’s boss fight, where she transforms into the Goddess of Rot. Despite her affliction, Malenia nevertheless became the greatest warrior in the Lands Between and appointed herself as her brother Miquella’s protector.

Elden Ring never makes it completely clear whether Malenia lost her limbs in battle or from the Scarlet Rot slowly consuming her body, though it may have been a combination of the two. Malenia’s twin brother Miquella created her new limbs from Unalloyed Gold according to the Greave’s item description. Fans now know that included giving his sister metal toenails.