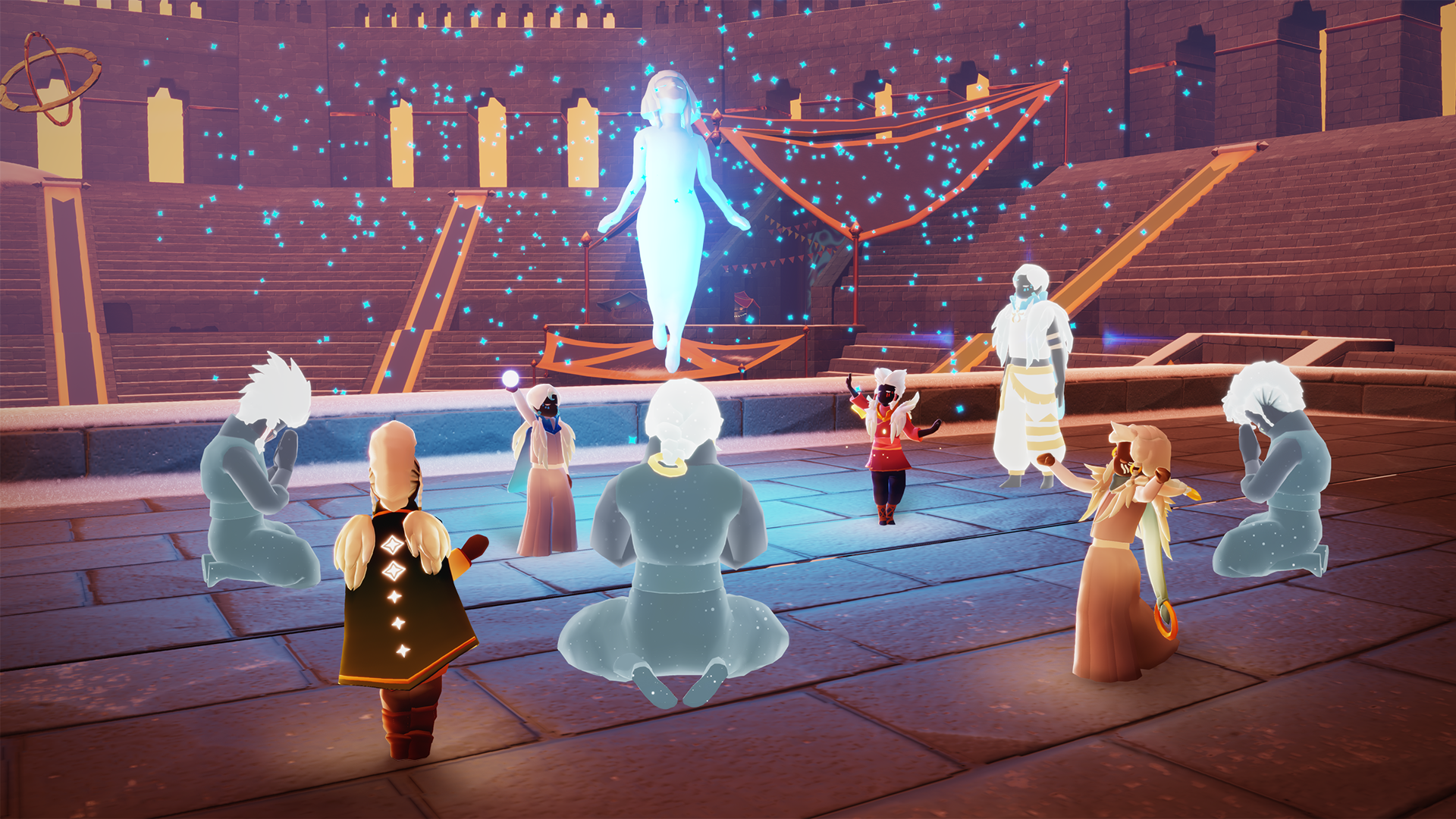 Journey developer ThatGameCompany is doing something a little bit different for the latest season of its gorgeous social adventure Sky: Children of Light, launching a “first-of-its-kind musical experience” in collaboration with Norwegian musician and artist, Aurora.


Aurora – who performed the haunting vocal accompaniment to Idina Menzel in Frozen 2’s showstopper Into the Unknown, and whose singles include Cure for Me and Runaway – has been heard in Sky before, but she’ll play a much greater role in its latest season of content.


Appropriately titled Season of Aurora, this will feature a “story told in music” where players can explore the “song-filled memories of Spirits who carried hope through struggle and loss”.


By venturing to the Valley of Triumph’s Coliseum, players can engage with four Seasonal Spirits, each recounting a story written and performed by Aurora. These quests will weave her best-known songs “into the events that once unfolded in the realms” and completing them will “awaken a spirit of Light from the world’s distant past”.


Elsewhere in the season, Seasonal Candles can be offered to the four Spirits to unlock the likes of masks, capes, and music sheets featuring Aurora’s songs, with additional rewards – including an outfit and three emotes – accessible via the Aurorora Guide Spirit’s Friendship Tree.


Sky: Children of Light’s Season of Aurora launches on 17th October for Switch, iOS, and Android. A PlayStation version of the game, which will include cross-play with other platforms, is due to arrive at some point in December.