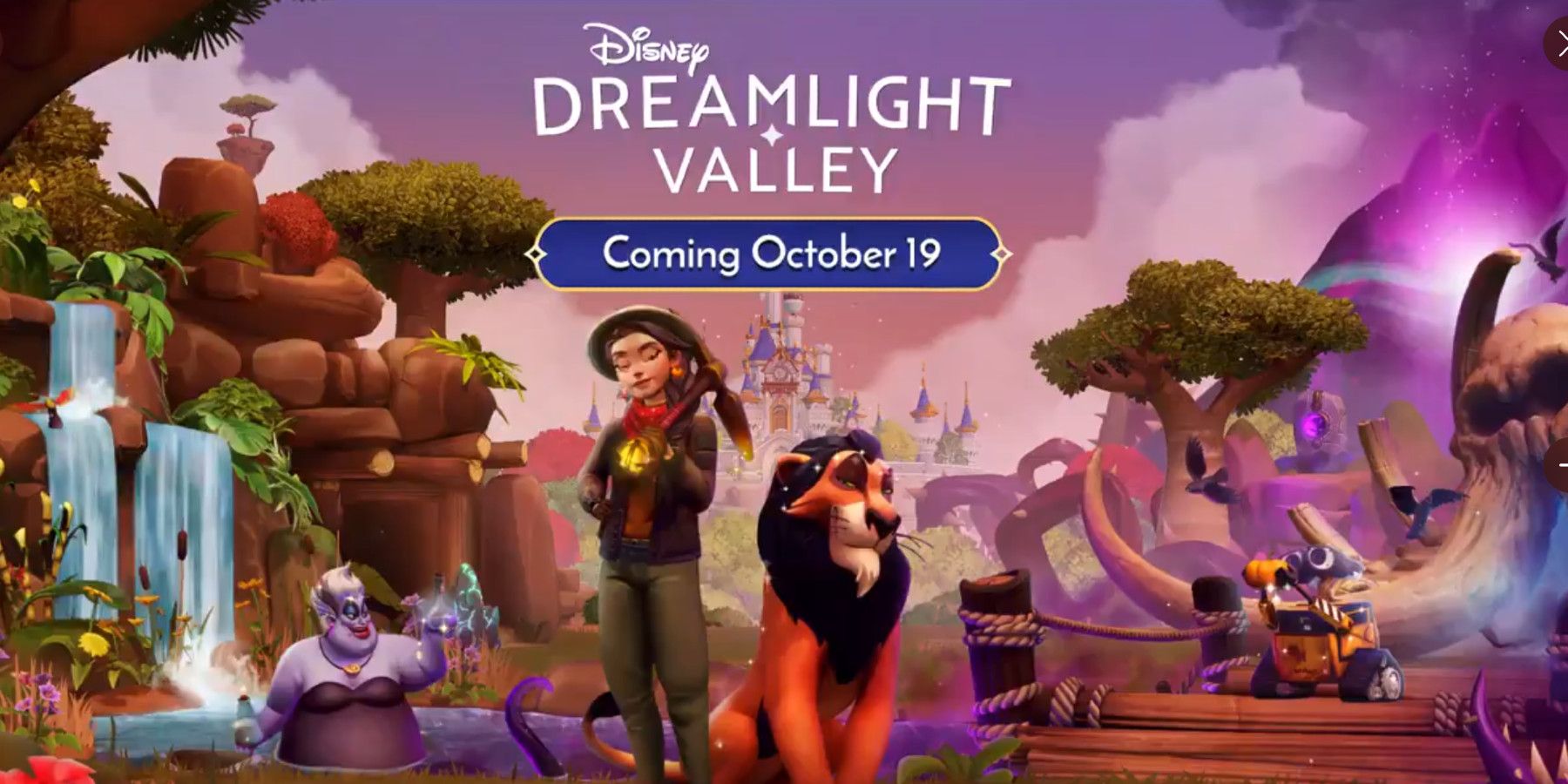 Disney Dreamlight Valley is getting its first update next week, bringing Lion King villain Scar to the game, plus other extra content. The combination simulation and RPG-style title is currently in early access but has already made a significant impact among gamers. It was not even out a month before it hit over one million downloads. Since Dreamlight Valley‘s launch, many creative players have even incorporated other franchises into the game, such as one innovative fan who made a Pikachu outfit,

Fans on various online platforms have even been sharing that they dropped Animal Crossing: New Horizons in favor of Disney Dreamlight Valley. While fans may have dropped the latest installment in the popular franchise, gamers have certainly tried to bring elements into the game, such as going all out with decorating their valley’s exterior. As more updates are released in the future, fans will continue to share their unique creations online.

The first update for the game will release on October 19, bringing Scar, a new Star Path, plus much-needed bug fixes. Disney Dreamlight Valley‘s Twitter teased the update just last month, but it had no set launch date. Besides Scar joining in the first major content update, Toy Story will also be heading to the valley in a second update scheduled for later this fall. Even though the game has not been out long, players who have already unlocked what’s currently available eagerly anticipate more content. Thankfully fans will not have to wait too long.

Disney Dreamlight Valley launched on September 6 on Nintendo Switch, Xbox One and Xbox Series X, PlayStation 4, and 5, as well as on PC and Mac; it will be released on mobile later. Because it is currently in early access, eager gamers could purchase one of the three tiers of Founder’s Packs. Each one included various perks from Standard to Deluxe. Unfortunately, Dreamlight Valley has not been bug-free so far. Some of those errors early on caused crashes, and some other glitches even resulted in players having to restart from the beginning. Players hope this newest update fixes most of the issues still plaguing players.

As it’s still in early access, the conversation online has circled around reminding gamers that they paid for early access and bugs are to be expected before its public launch. Gameloft, the developer behind Disney Dreamlight Valley and Disney Magic Kingdoms, has promptly acknowledged concerns through its various social media platforms and on Discord. After a poll, the developer teased that it will include a highly requested feature in a future update, saying player interactions with critter companions are coming soon. Whichever characters are headed to the valley after Toy Story is truly anyone’s guess, but what is clear is that the future for Disney Dreamlight Valley is very bright indeed.

Disney Dreamlight Valley is available now on PC, PS4, PS5, Switch, Xbox One, and Xbox Series X|S. A mobile version is in development.