Halloween is right around the corner, but while horror isn’t the most profitable genre out there, it has managed to “Outlast” the competition with exceedingly high demand for decades. Interestingly, the earliest attempt at a bonafide digital horror experience dates back to the ’70s with Taito’s Space Invaders (1978), which included a survival scenario and therefore met the criteria to be defined — in the eyes of many — as a prototype and precursor for the ever-evolving modern-day horror.

As it is officially a week into Spooky Season, gamers can check out these must-have video games to indulge in while feasting on some Halloween candy. These hair-raising horrors will have you glued to the screen “Until Dawn.” 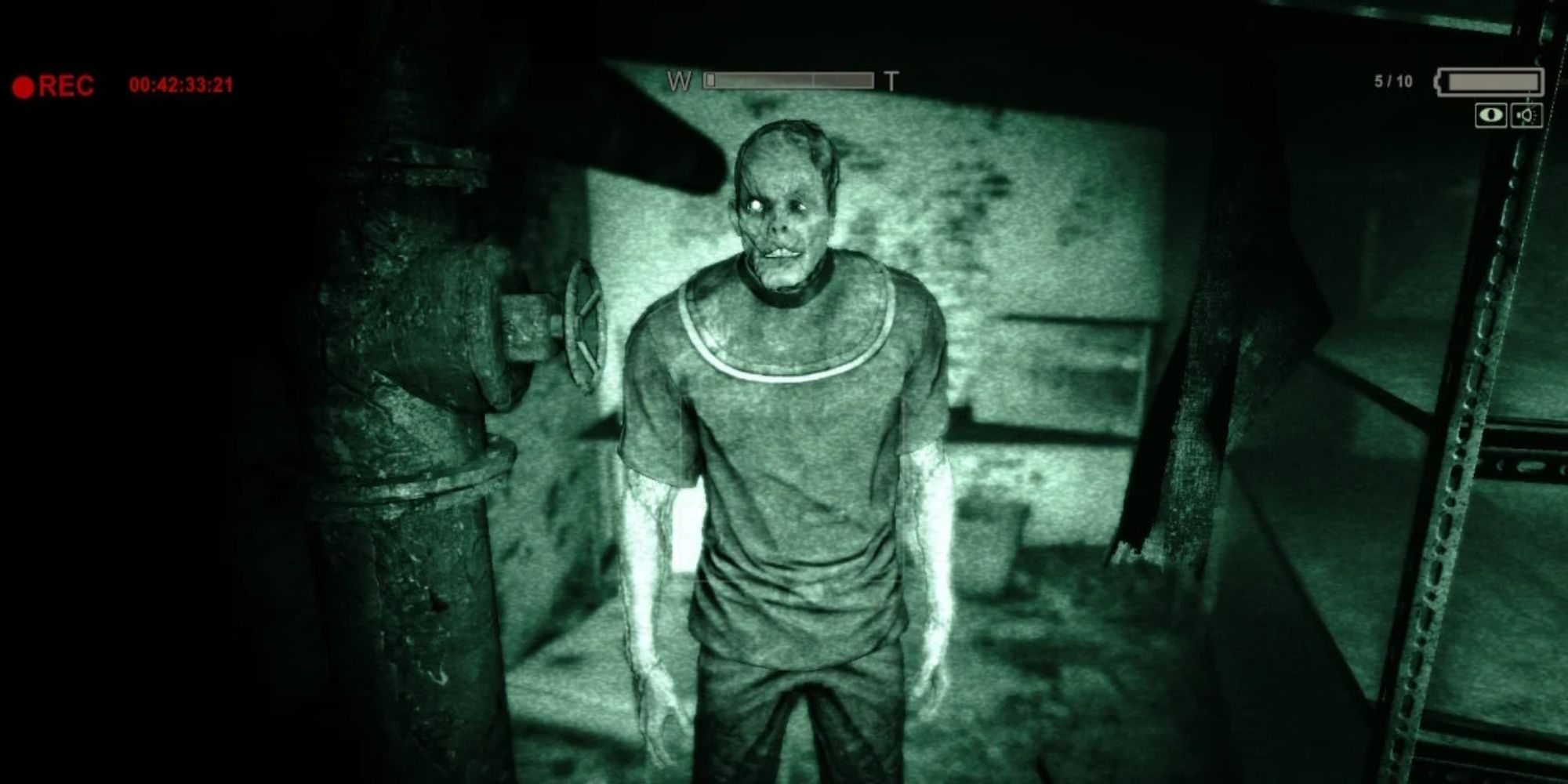 Often referred to as the scariest video game ever made, Outlast was originally a Microsoft exclusively throughout 2013 before launching on Playstation 4 in February 2014. It follows Miles Upshur, an investigative journalist/videographer who decides to venture to Mount Massive Asylum, a seemingly abandoned psychiatric hospital, wherein he encounters deformed and homicidal patients with incurable bloodlust.

Miles is unable to attack enemies, therefore, must rely on stealth tactics such as sneaking around and hiding in lockers in order to evade pursuers. What makes Outlast so terrifying is its sheer unpredictability and the exploitation of common phobias such as claustrophobia (a fear of confined spaces), nyctophobia (fear of the dark) and diokophobia (the fear of being chased). 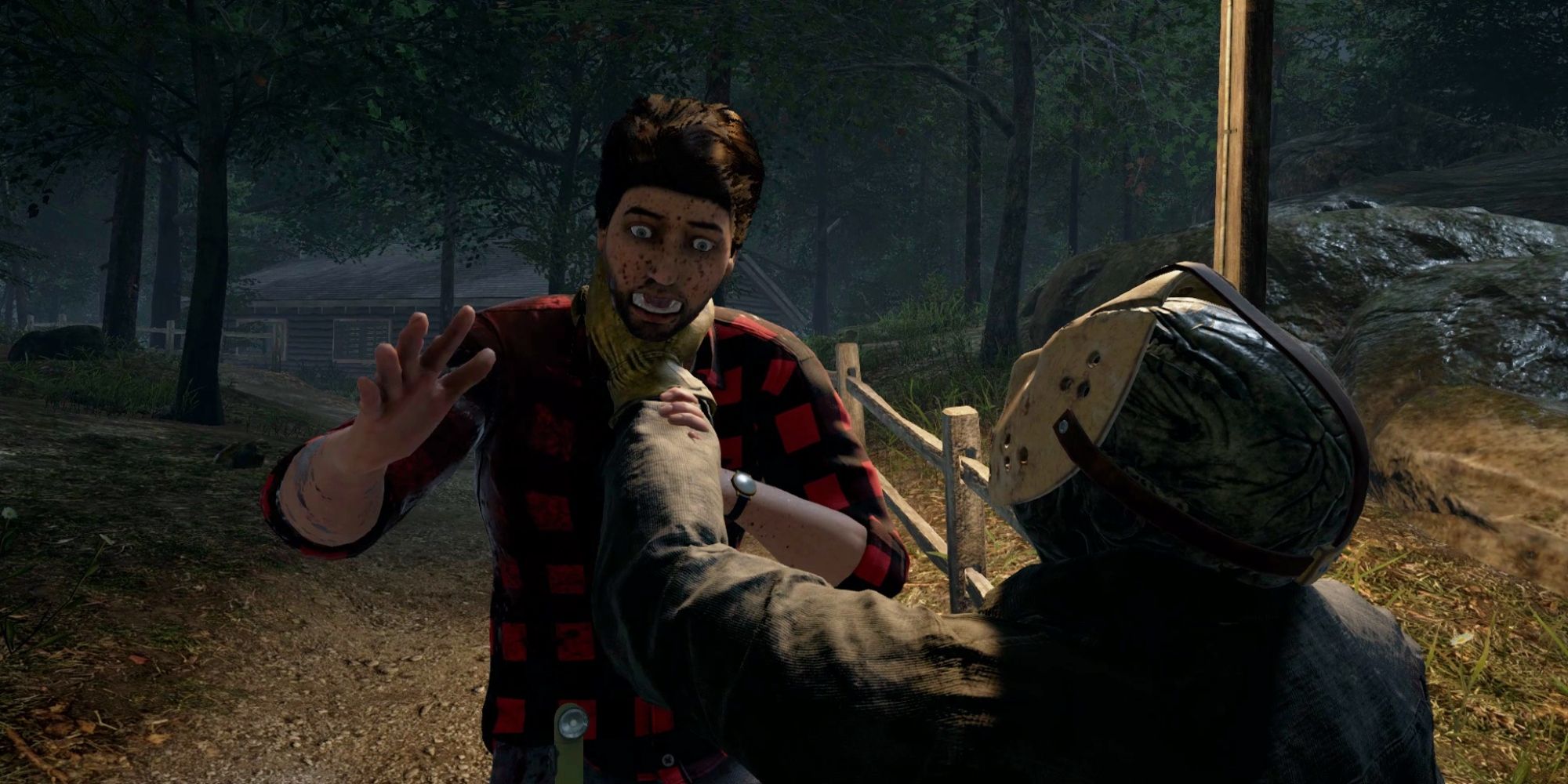 There are so many ridiculously absurd and outrageous aspects of Friday the 13th: The Game that counteract the objective to inspire fear in counsellors. Laughable emotes, unrealistic death scenes, and impossible physics are among many qualities that kill the unnerving ambiance created when Jason Voorhees is on the prowl. Even though it doesn’t take itself all that seriously, Friday the 13th: The Game is utterly petrifying when it wants to be.

Within online lobbies, players are divided into counselors versus Jason, the former of whom must attempt to survive while the latter strives to hunt them down. There’s nothing quite like the adrenaline rush of outrunning Jason, but even with the silliness in mind, players will find themselves caught off-guard by just how intimidating the pop culture icon can be. 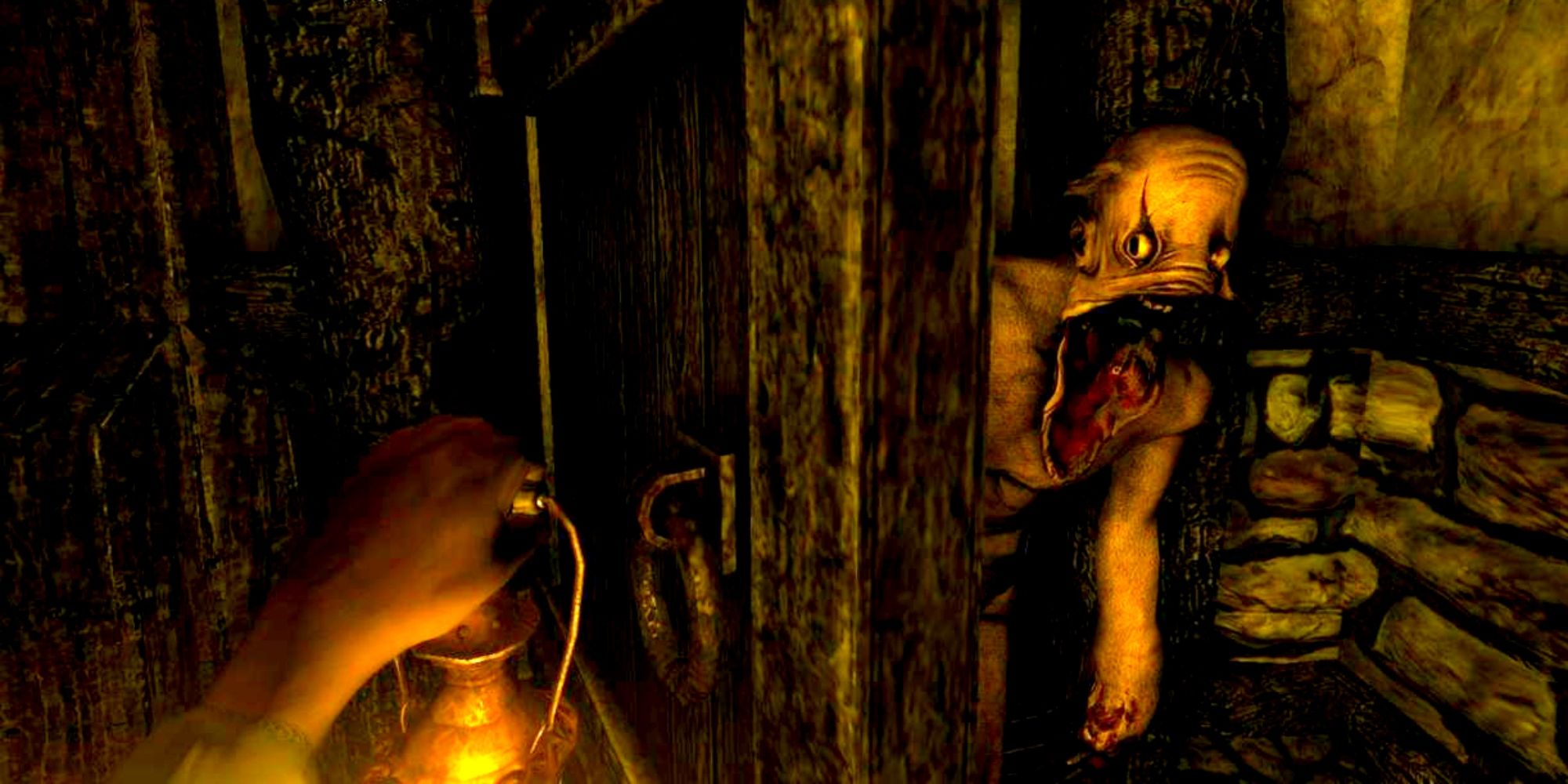 While Outlast might make Amnesia: The Dark Descent look like a proverbial walk in the park, both have been neck-and-neck for the coveted title of “scariest survival horror” since their co-existence in 2013. Certainly, Amnesia deserves ample credit for making a name for itself in the unforgiving era of the early 2010s, when video games weren’t so fortunate as far as technology and resources.

While Outlast claims to be inspired by horror films Quarantine and REC, there are distinctive parallels in both Outlast and Amnesia that aren’t merely coincidental. In fact, it wouldn’t be too bold to assume that Amnesia walked so Outlast could run. In Amnesia: The Dark Descent, Daniel must navigate Castle Brennenburg while solving puzzles, maintaining his sanity and avoiding a whole host of unsavory creatures. 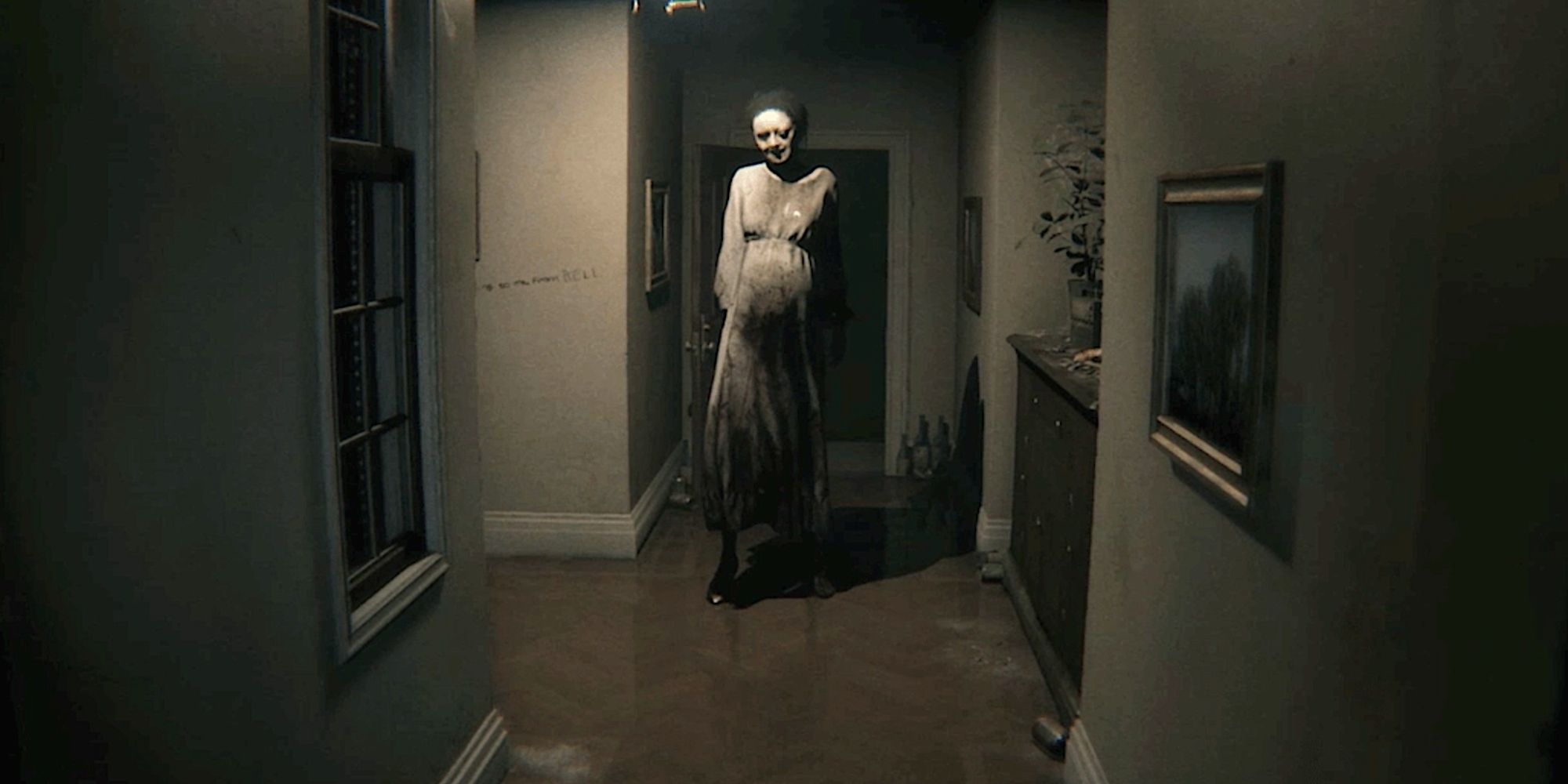 Kojima Productions unleashed the terror of P.T. on Playstation 4 owners in 2014 as an exclusive teaser for the in-progress game Silent Hills. Sadly, the aforementioned project was abandoned by Japanese conglomerate Konami, and the P.T. demo remained incomplete. After the announcement, Konami removed P.T. from the PlayStation Store altogether and made it impossible to reinstall.

Nevertheless, P.T.has the right to boast a legacy as one of the most immersive, horrifying experiences to come from the 21st century, especially the prominent moment where the unnamed protagonist encounters Lisa’s ghost in the hallway, an image haunting enough to sear itself into one’s mind. Rather than relying on graphic violence and gory imagery to instill unease and build suspense, P.T. generates a more genuine, paralyzing, and permeating fear. 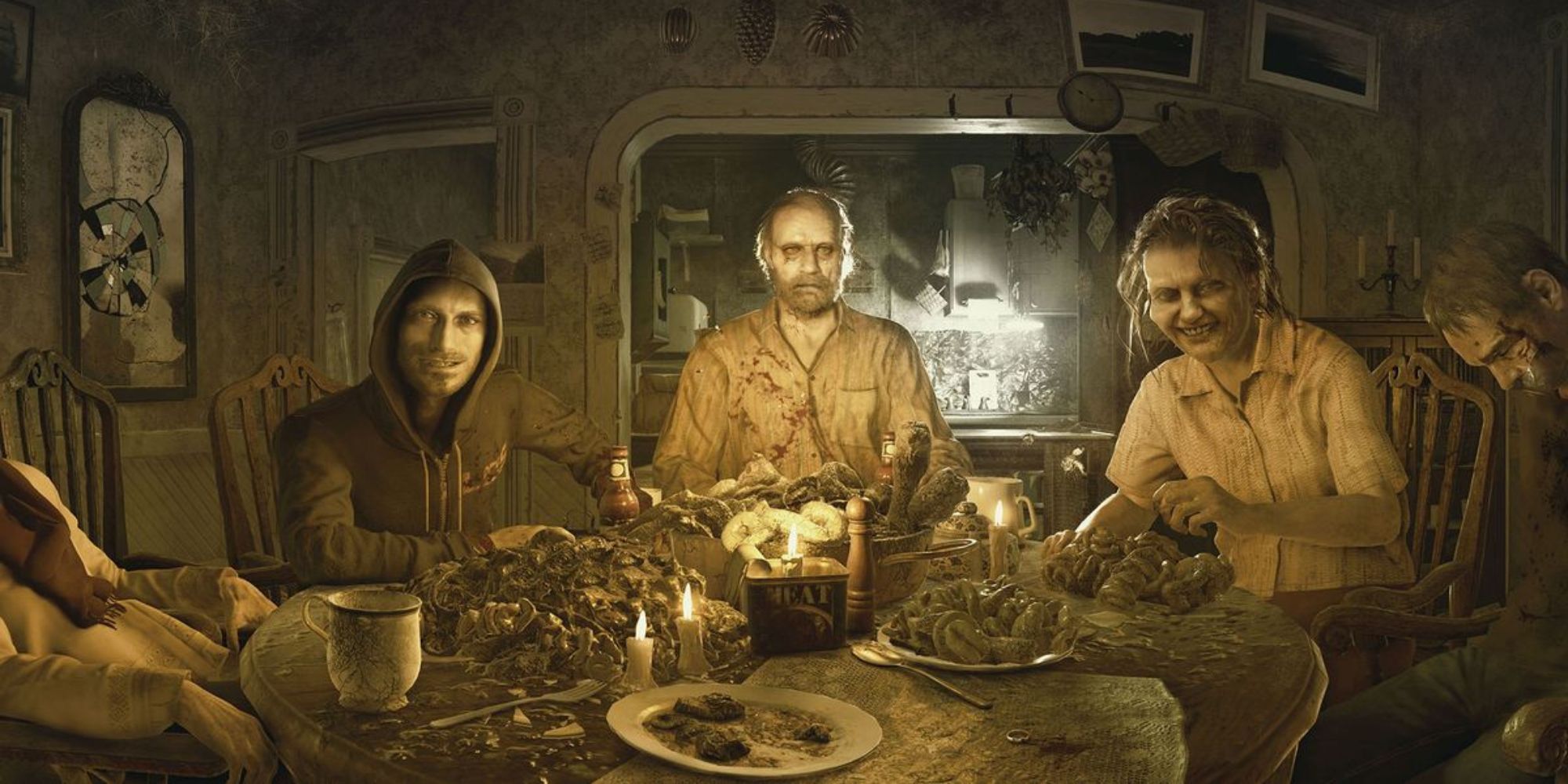 Rather unconventional as far as Resident Evil games go, Resident Evil 7: Biohazard introduces the Baker family, an ordinary yet slovenly bunch that came under the influence of Eveline, a rogue bioweapon disguised as an orphan girl. After the Baker family took Eveline in and agreed to raise her as their own, she infected them with a superorganism (Mold) and took control of their minds and basic functions, essentially making them sadistic, cannibalistic slaves and murderers.

Ethan Winters, while searching for his wife Mia (also under Eveline’s control), must fend off the Baker family and escape the derelict Louisiana ranch. There Resident Evil 7: Biohazard is a welcomed dose of surrealism, mixing survivable life-threatening scenarios with unthinkable, ordinarily unbeatable boss fights and impossible odds. 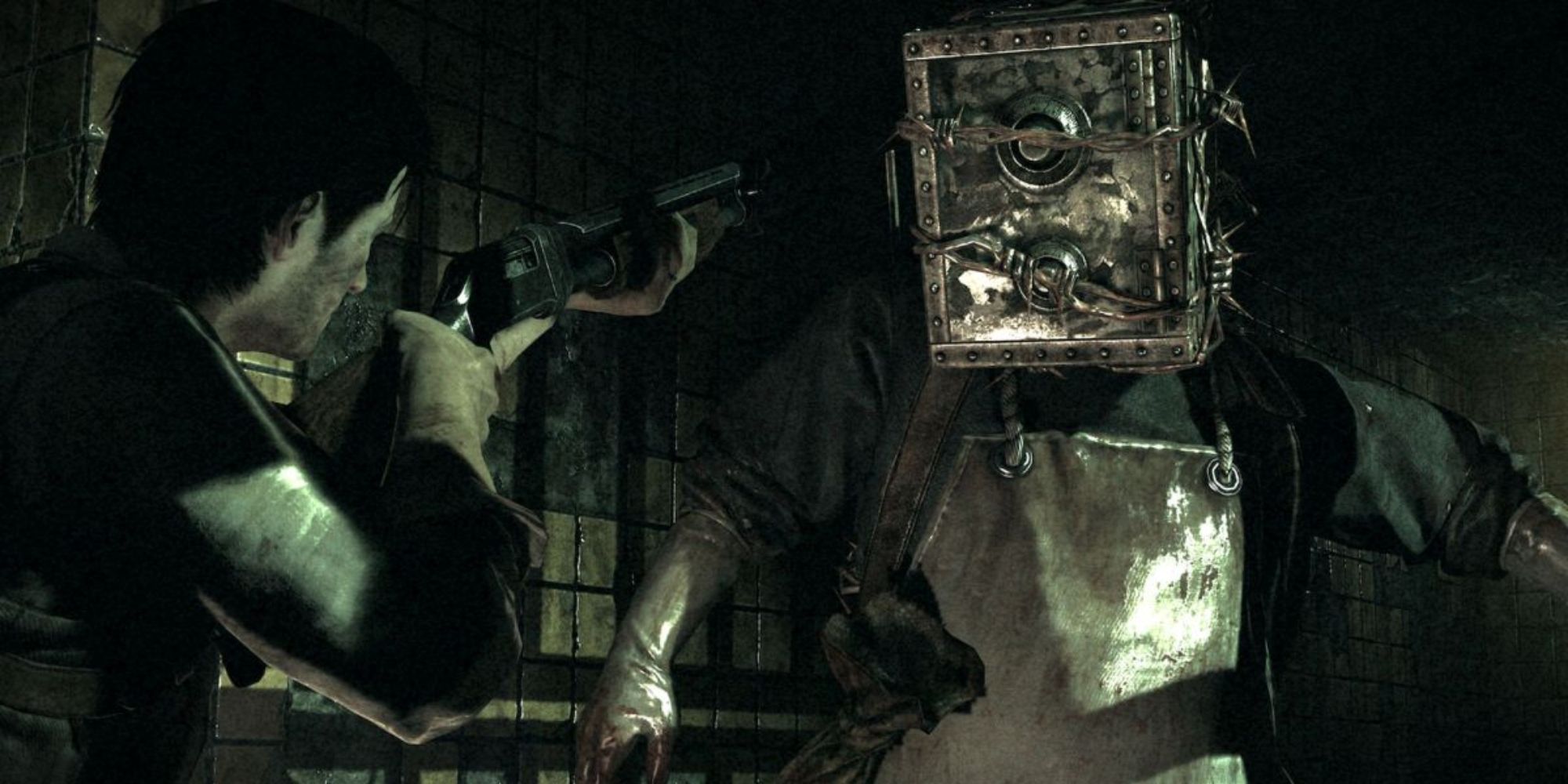 Another 2014 release, as the horror genre seemed to have peaked during the 2010s, The Evil Within follows Krimson City Police Detective Sergeant Sebastian Castellanos as he investigates the scene of a mass murder at Beacon Mental Hospital, all while he encounters nightmarish creatures and fights for survival in a hostile environment. Players progress through levels after defeating bosses, claiming collectibles and avoiding traps.

On the surface, an engrossing gorefest, The Evil Within takes pride in a thoughtful exploration of unsettling themes while scratching the itch of those reminiscing about the glory days of gaming. From start to finish, there’s a tense, riveting and, above all else, a spine-chilling atmosphere that modern takes have fallen flat trying to replicate. 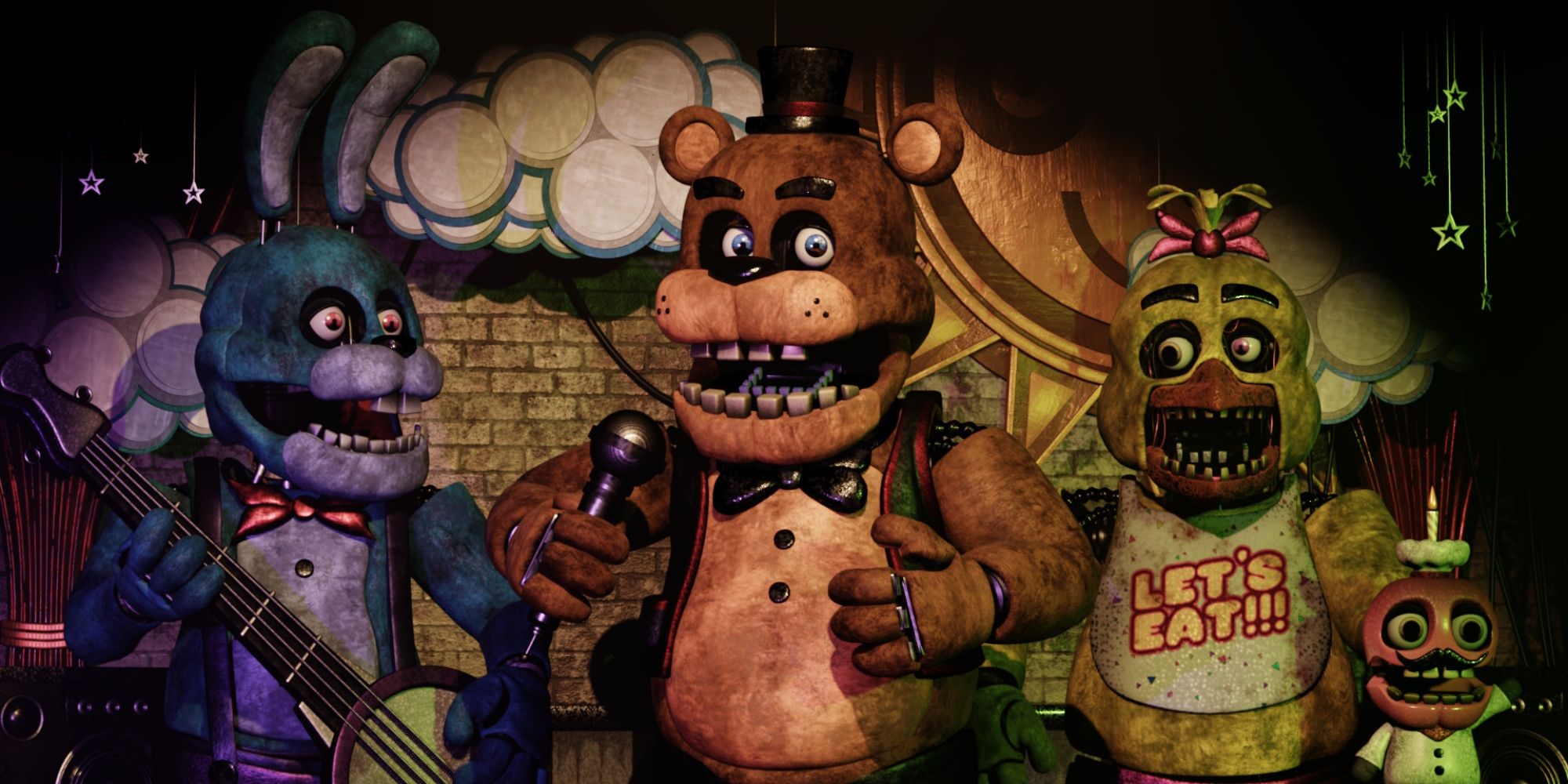 It needs no introduction, but Five Nights at Freddy’s isn’t a contender that most would expect to see, even on such a diverse list. Another testament to the untouchable and historical wave of hit releases from 2014, Five Nights at Freddy’s seemed to become an overnight sensation since spawning multiple sequels, spin-offs, merchandise, the expansion of an all-encompassing fictional universe, and even a live-action feature-length film.

Assuming the role of a security guard employed by the restaurant chain Freddy Fazbear’s Pizza, the player must survive several nights by utilizing various tools — such as lights, doors, and vents — to defend themselves from the sentient and hostile anamatronics that roam the environment. Having developed its own encyclopedia of lore and garnering a faithful, enthusiastic and passionate fanbase, the concept of Five Nights at Freddy’s is just as appealing as it is petrifying. 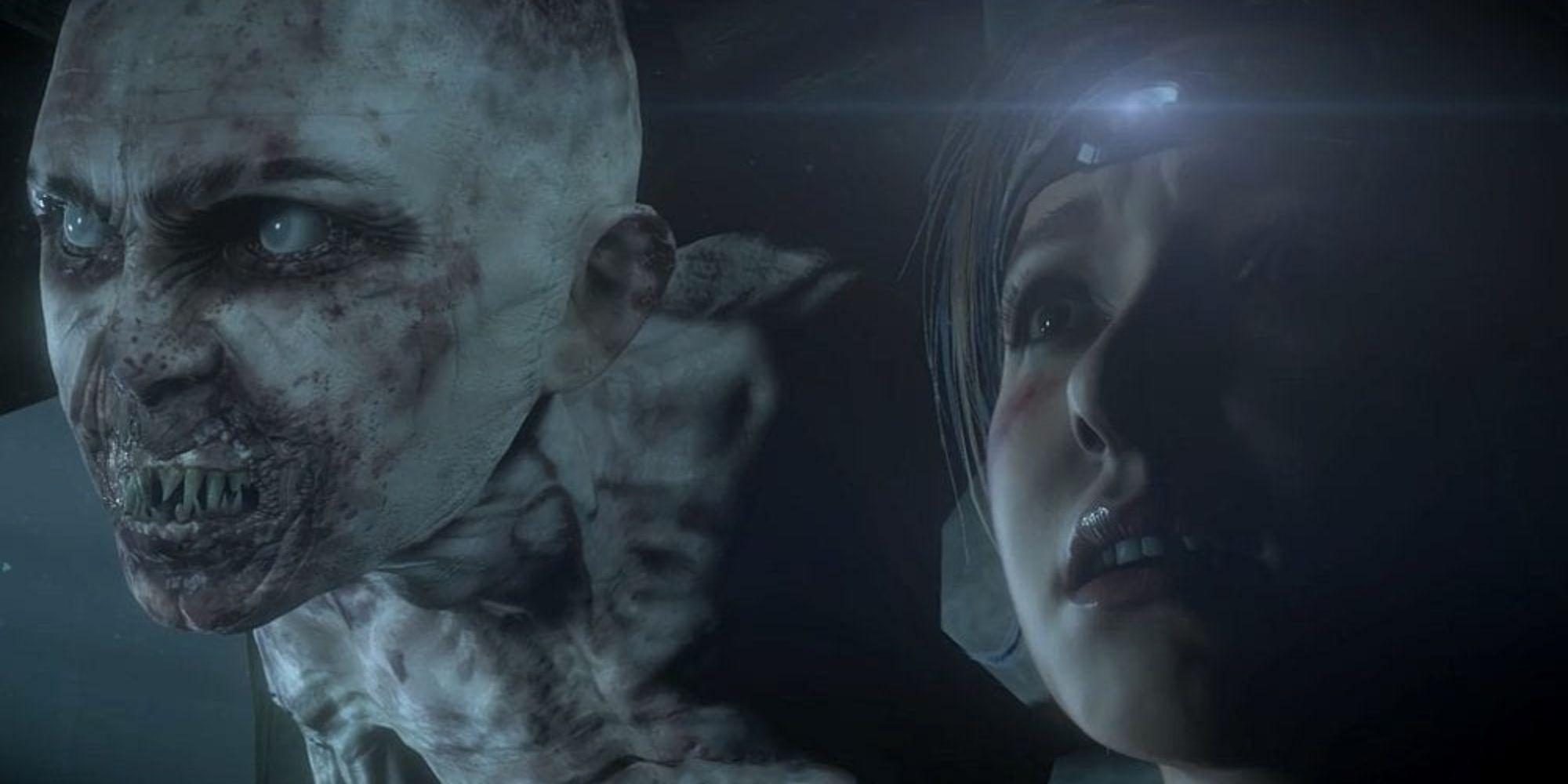 Breaking the 2014 tradition of flawless horror releases, Supermassive Games’ Until Dawn marked a complete divergence from the repetitive formula of a singular protagonist facing inhuman entities and instead rolled the dice on an experimental teen horror. Until Dawn follows eight friends who return to the Washington family lodge on Blackwood Mountain exactly one year after a tragic accident resulted in the disappearance and presumed death of twin sisters Hannah and Beth Washington.

While rekindling old friendships, the characters find themselves targeted by a sadistic serial killer and the awakened curse of the Wendigo. There’s blood, suspense; jump scares, and a captivating plot to boot; everything one could ever ask for in a conventional and charming survival horror meets classic slasher tale. 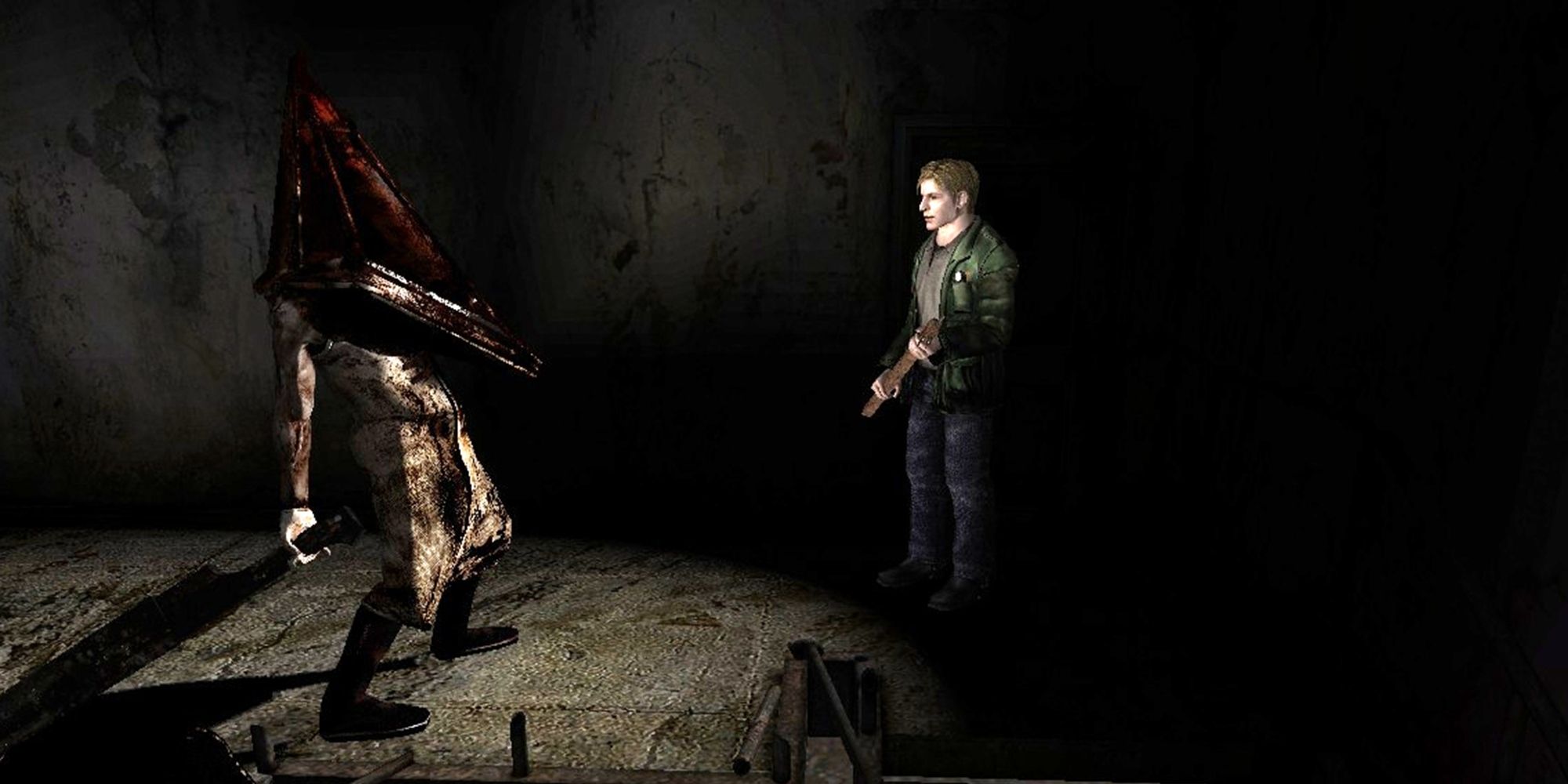 Every Silent Hill installment could be named in instances like these, but Silent Hill 2 stands a cut above the rest. Back in 2001, the Playstation 2 cult-classic took the horror genre by storm, daring to push the boundaries of immersive survival horror farther than ever before.

Widower James Sunderland receives a letter from his dead wife, asking him to meet her in the quaint if not decidedly eerie town of Silent Hill. Like most horror protagonists, James abandons all rational thinking and does exactly that, soon to find all manner of monsters residing there. Even with the limited potential of the early 2000s, Silent Hill 2could still scare the living daylights out of any self-respecting gamer, even to this day.

Unfortunately, Slender: The Eight Pages has been grossly overshadowed in recent years, thereby losing the same impact that it would have had in 2012. The free-to-play indie game centers on the humanoid folklore figure known as the Slender Man, known for the frequent and inexplicable abduction of children. Set in a forest at night, Slender: The Eight Pages sees a nameless, genderless protagonist attempt to collect eight hand-drawn notes.

Each time a page is collected, Slender-Man becomes harder to evade, prompting a race against time that makes one’s blood run cold. While Slender might have lost its touch somewhat, anyone allowing themselves to be scared will indeed be double-taking dark corners and shadowy silhouettes.

MORE: The Most Cinematic Horror Games