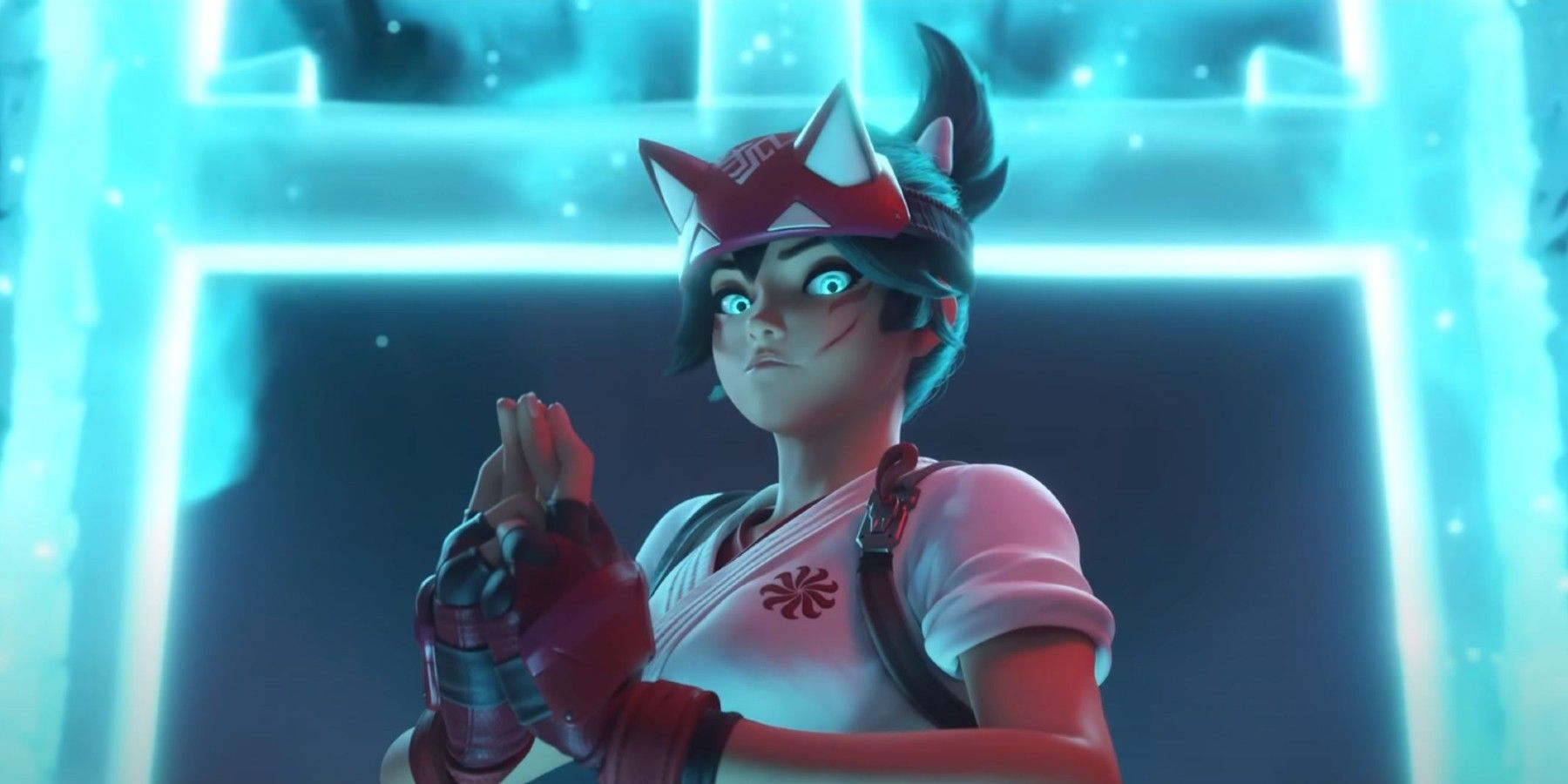 One gamer has revealed what the menu intro for Kiriko looks like in Overwatch 2 without text or icons, and many have taken notice. Announced several months ago, Kiriko is a Support hero and is one of the three new heroes added to Overwatch 2, the other two being Junker Queen and Sojourn.

Kiriko has been getting much attention lately from fans and Blizzard. For example, the developer recently revealed the latest cinematic for Overwatch 2 at TwitchCon, and this one starred the newest Support hero. In addition to this cinematic, which gave a better understanding of Kiriko’s backstory, the developer included an in-game menu intro designed specifically for the character.

Taking to Reddit, a user known as OfficerRavioli shared a video from their time in Overwatch 2 that showed off this Kiriko menu intro. However, this was no ordinary clip, as the Reddit user had managed to edit the main menu to remove the text and icons on the screen. This left only Kiriko and her fox spirit against the beautiful scenery of what is presumably Kanezaka, where she is from. In addition, the music continued to play in the background, helping to set the mood.

When posting the clip to Reddit, OfficerRavioli said they “LOVE the new Kiriko Main Menu” seen in Overwatch 2. However, they were not the only ones to enjoy this. In addition, many gamers have commented about it on the Overwatch 2 subreddit. Of particular note, numerous fans complimented the music heard during the video. In fact, some liked the menu so much that they wished Blizzard would make it into a highlight intro that could be played when earning play of the game in matches. Furthermore, some commented that they thought there should be menu intros for the rest of the Overwatch 2 roster.

It should come as no surprise that many Overwatch 2 gamers have been checking out Kiriko in matches. As a Support hero, she comes equipped with several abilities that can get herself and her teammates out of some tight jams. For starters, her Healing Ofuda can seek out allies and heal them. In addition, her Protection Suzu can remove many negative effects while making teammates near the charm invulnerable. This is a big deal, as this invulnerability can eliminate the effectiveness of some Ultimates, such as a D.Va Self-Destruct and a Junkrat Rip-Tire. Kiriko can also use Swift Step to jump instantly to another player, and she can use her Ultimate, Kitsune Rush, to increase the speed of herself and other teammates.

While Overwatch 2 just came out, it appears that Kiriko is likely to be a part of the equation for a long time to come due to these abilities and her overall popularity. Hopefully, this means that fans like OfficerRavioli will continue to see the hero’s menu in-game for the foreseeable future.

MORE: Overwatch 2 Could Add Skins Based on Kiriko’s Yokai Group