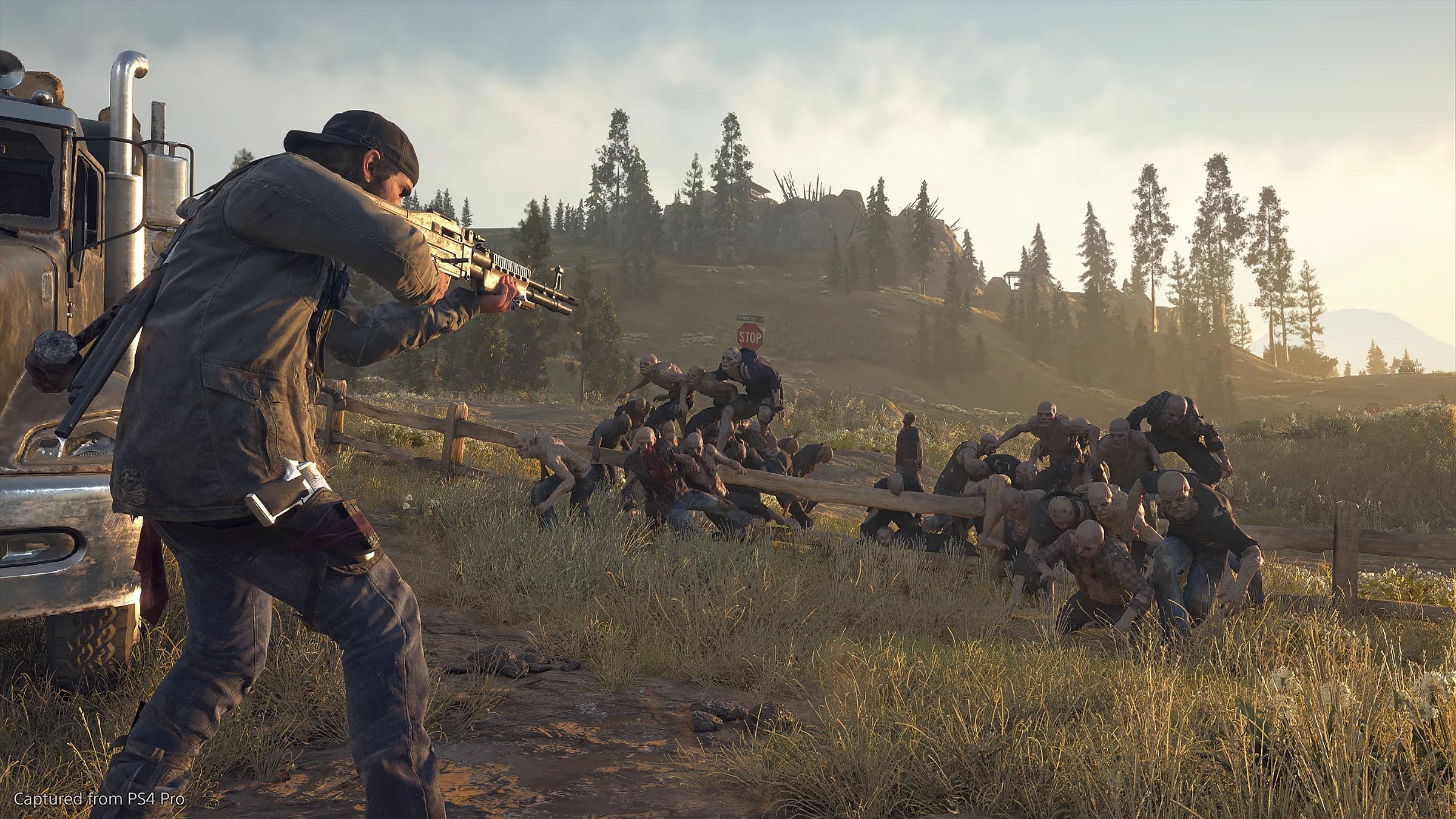 A film adaptation of Bend Studio’s Days Gone is said to be in the works.

According to Deadline, the film will star Outlander‘s Sam Heughan (Jamie Fraser) and Oscar nominated screenwriter Sheldon Turner will adapt the script.

Jennifer Klein and Turner will produce through their production company, Vendetta Productions. Asad Qizilbash and Carter Swan are producing for Sony PlayStation Productions.

Days Gone features an open-world environment set in a post-apocalyptic Pacific Northwest where a global pandemic has turned the majority of humans into zombie-like creatures called Freakers. In the game, you can use various weapons and stealth to defend yourself against humans and Freakers. You also ride all over the place on your motorcycle – your main mode of transportation.

Starring mercenaries Deacon St. John and his buddy William “Boozer” Gray, the game finds the two heading north in search of a better life. After escaping a group of cultists, the duo spots a helicopter and follows it, eventually meeting up with its pilot. Here, Deacon learns that his wife Sarah, presumed dead, may be alive. We don’t want to spoil the rest of the story in the chance you haven’t played it.

The Bend Studio-developed game was initially released in 2019 for PS4 before heading to PC in May 2021. The game was a commercial success and went on to sell over 9 million copies. Despite this, Sony axed a sequel Bend pitched due to the first game receiving mixed reviews.